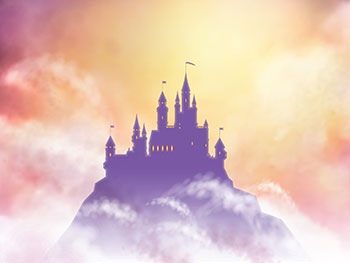 No media text has ever been neutral, not even a Disney film. Media texts are invested in meaning and these meanings reflect the society in which they emerge from.

Keira Knightley has pointed out important issues with the messages in some Disney films. She has provided interesting and relevant interpretations around women’s lack of voice, authority and power. These ‘ideals’ do not relate to everyone’s lived experiences.

Cuteness and nostalgia have always been used as tools to circulate dominant ideals about gender, what girls and boys can aspire to be, and what love is supposed to ‘look like’ (pretty, heterosexual, and other ideological trappings).

Although the films Knightley has banned her daughter from watching might be seen as ‘fun’ or ‘innocent’; they still contain subtle messages that bind gender norms together and only offer socially sanctioned narratives for aspiration, love and possibilities (i.e. success and happiness are only tied to marriage and a woman needing to be ‘saved’ in the classic animations: Cinderella, Snow White and Sleeping Beauty). We can still love these films and feel pleasure when watching them but thinking critically about them too is something Knightley reminds us to do.

In the climate of #MeToo, harassment, gender inequality and Trump’s presidency, it is so important for celebrities like Knightley to highlight issues in media texts. This gives us a space to discuss wider social issues that the films highlight or point to. Having films as talking points is an important tool to start discussions around meaning, language and ideals.

Over the past several years, we have seen a move by Disney to address gendered and racial disparities in their films. This move reflects audience expectations, shifting political beliefs and new social movements. Disney needs to still make a profit, so they have reacted to audience demand (i.e. Disney’s ‘audience’ is not just children). Strong girls take the lead in Moana and Brave, alternative forms of family are presented in Finding Nemo, and there are rumours of a same sex romance for Queen Elsa in the sequel of Frozen.  Even in Maleficent, the kiss that wakes Aurora is from Maleficent herself and not a prince. True love is motherly, and romance is not the goal of the story. Aurora rules over both kingdoms, showing that ‘unity’ doesn’t necessarily mean unity in marriage or a man negotiating peace between two fighting kingdoms.

New daring themes are present in Hocus Pocus and the All-New Sequel, which contains a queer and racially diverse storyline. These are brilliant developments, but they also point to savvy marketing and appeal (i.e. capitalist moneymaking, rather than wider social change).  Diversity in film doesn’t mean diversity or change in the political spheres.

Having honest and open discussion gives space for children, families and friends to talk about issues affecting them. But at the same time, if someone chooses to want to be a princess then let them be one. Imagination is a powerful tool, and it doesn’t mean that the person imagining is a passive pawn.