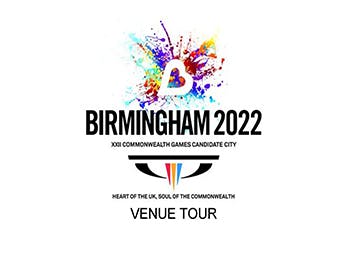 Students have welcomed the opportunity to take part in research to identify local perceptions of the Commonwealth Games and its potential impact on the surrounding area.

Two Birmingham City University students have helped carry out and collate research with the Centre for Brexit Studies, on the impact of the 2022 Commonwealth Games on the Perry Barr constituency of Birmingham.

Yasmeen Zaman, and Emily Hinds, who are completing psychology degrees at the University, began conducting interviews during the summer break period with the aim of understanding the feelings around the Games coming to Birmingham and the context of Brexit and Regional Devolution and Development.

The University’s old Perry Barr campus, which is to form part of the Games Village, will be demolished within a matter of weeks, with around 1000 new homes taking its place. 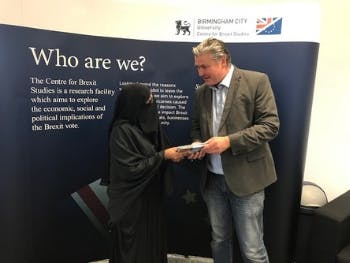 Following the conclusion of the games in four-years-time, the accommodation, consisting of a mixture of apartments and three and four bedroom townhouses, will become available to buy and rent for local residents.

The team at the Centre for Brexit Studies were keen to undertake research in this regard to better understand whether this regeneration will have a positive effect on residents and whether given the need for better ties with the Commonwealth in the face of Brexit, to what extent the Games might assist with this?

Director of the Centre, Professor Alex de Ruyter stated: “We were pleased to have these two highly competent students involved, not only from the perspective of the time and assistance they put into the project, but also to enhance their own skills as researchers.

Much has been made of the Commonwealth Games as an event to provide a stimulus to urban areas such as Perry Barr, for which Glasgow is often cited as a classic example, but we wanted to know whether this provided a new sense of hope for locals in the face of an uncertain future for Britain.

Second year student Yasmeen Zaman commented: “It's been really fulfilling doing my module on qualitative research after actually doing research with the guys from the Centre. 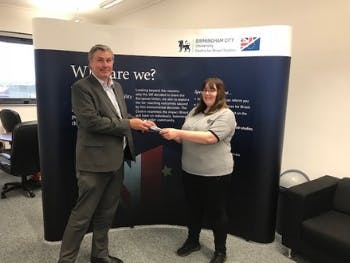 “I have a keen interest in Brexit and welcomed the opportunity to become involved with a research project about opinions of Brexit and identifying what real people’s concerns were for this area of Birmingham after March next year.”

Final year student Emily Hinds said: “I’ve really embraced the opportunity to get involved in this research and indeed, with the Centre for Brexit Studies.

“The biggest factor was finding people who were willing to speak to us about their opinions on the Commonwealth Games coming to Birmingham and on Brexit.”

A paper is expected to be published early next year examining Brexit, Birmingham and the 2022 Commonwealth Games and will feature both students as co-authors.