The Centre for Brexit Studies is pleased to present its monthly series of podcasts which aim to communicate the many issues surrounding Britain's exit from the European Union to a wider audience in a much more accessible way. 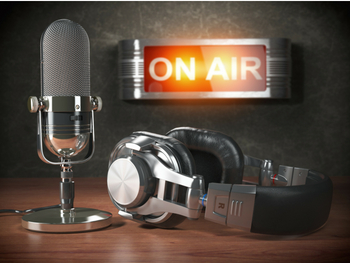 Whether you like to have something informative to listen to on your commute to work or something to chew over during lunch, we have a Brexit based podcast for you.

Each month a new offering is released, featuring academics from the Centre for Brexit Studies, BCU students and other 'Brexperts'.

So put on the kettle, make yourself comfortable and browse through our current podcast offering.

Brexit raises the possibility of severe disruption to manufacturing supply chains and logistics in the West Midlands, and elsewhere in the UK.

The Centre for Brexit Studies, supported by the West Midlands Combined Authority, undertook a supply chain mapping exercise and Brexit exposure check on the transport manufacturing sector in the later half of 2019, covering Auto, Rail and Aerospace in the Region.

Now, we have the findings of the survey with over 200 firms, including the likes of Jaguar Land Rover, that allows the Centre for Brexit Studies team to understand the dependence that particular firms have on many aspects of the industry that could shift post-EU, as well as the logistic implications for disruption at ports and the Eurotunnel.

So what do the findings show us about the future of Auto, Rail and Aerospace in the Midlands, and across the UK, in a post-Brexit landscape?

It was the third General Election in five years, and with it brought a handful of shocks, surprises and the ultimate Christmas present to Tory voters – another five years of a Conservative government, who have promised to ‘Get Brexit Done’.

The result was a massive blow to the centrist and left wing parties, with the Conservatives winning with a majority of 365 seats, their biggest majority since the 1980s. The SNP also enjoyed success, winning 48 seats across Scotland. Lagging behind though, we had Labour with 203 seats and the Lib Dems with 11 seats.

Labour’s losses were not the only shock of the night though, Lib Dem’s leader Jo Swinson lost her seat, Jeremy Corbyn is to step down as Labour leader, which now means an upcoming leader battle, and every single MP who left the Tories and Labour to stand as an Independent or join the Lib Dems, all lost their seats.

So what do the results mean for the UK? What is next for the Labour Party? When will we actually leave the EU and what can we expect from British politics in 2020?

In this episode, we are joined by Centre for Brexit Studies Director Professor Alex de Ruyter and Researcher David Hearne.

Each political party are currently campaigning across the UK, on everything from equal pay and the NHS to immigration and of course, Brexit, in preparation for December’s General Election, where voters are heading to the polls on the 12 December.

However, the approach of the festive season hasn’t impacted the Election campaigns at all, with digs and accusations being anything but merry and bright. But what can we expect from the last few weeks of campaigning? The Conservative Party are currently doing well in the polls, but if the 2017 election, where the Tories failed to get a majority, taught us anything, it’s that anything can change.

We recently launched our new book, in conjunction with Bite-Sized Books, titled ‘Brexit and Northern Ireland: Bordering on Confusion?’ at two events, the first being in London, and the second taking place in Belfast. At these events, we sat down with Dr Graham Gudgin and Dr Leslie Budd to discuss Brexit’s impact on Northern Ireland.

Brexit has caused a spike in hate crime both online and offline. What is it about the Referendum which has caused hate crime across religions, cultures and more, and what can we expect once the UK has left the EU?

In this episode, we are joined by Dr Steven McCabe, Senior Fellow at the Centre for Brexit Studies and Graham Eardley, Chairman of UKIP Walsall and National Spokesman for UKIP, to discuss hate crime, the Tory's ongoing Islamophobia and Labour's Anti-Semitic issues, how Brexit has had an impact and what the future has in store.

In our latest podcast episode, we are joined by Kathryn Stanczyszyn, BBC Politics Reporter and Peter Madeley, Politics Editor at the Express and Star, to discuss Boris Johnson’s new role of Prime Minister, and what this means for the Brexit process.

Two weeks into his role, the UK waits in anticipation of BoJo’s next move and if he really will be able to deliver Brexit. Topics discussed in the episode include Boris’s past, future and the road to him becoming PM, as well as his stance on Brexit that makes him different to Theresa May, what he could be remembered for during his premiership, and a possible General Election on the horizon.

We also discuss Boris’s role of a Journalist and if this has helped him get to where he is today, how news has changed since June 2016 and what the reaction has been to Boris as PM in the West Midlands.

In our latest podcast episode, we are joined by Malcolm Harbour CBE, Conservative MEP for the West Midlands from 1999 to 2014 and Mike Leonard, CEO at Building Alliance and Visiting Professor in Manufacturing and the Built Environment at Birmingham City University, to discuss the possible impact that Brexit will have on the Construction industry.

In our latest podcast episode, we are joined by Dr Rebecca Semmens-Wheeler, Lecturer in Psychology, and Kim Moore, Senior Lecturer in the School of Nursing, to discuss the impact that Brexit, and the current state of British politics, is having on the public's mental health and how we can cope with the country's uncertainty on our health and well-being.

In our latest podcast episode, we are joined by Dr Jacob Salder, Research Fellow in the Centre for Enterprise, Innovation and Growth at Birmingham City University, and David Hearne, Researcher at Centre for Brexit Studies to discuss the West Midlands growth and development, and how Brexit will impact the region.

Professor David Bailey from Aston University and Graham Eardley, Chairman of UKIP Walsall, debate the impact that Brexit could have on manufacturing and the automotive industry in the UK.

The Centre for Brexit Studies Annual Conference returns on March 29! In our latest podcast, we chat with five of the guest speakers taking to the stage at the event, including Professor Alex de Ruyter, Beverley Nielsen, David 'Sideman' Whitely, Dr Leslie Budd and John Clancy, who share what they will be discussing at the Conference.

The event is FREE to attend. Find out more and register for your ticket here: www.eventbrite.co.uk/e/centre-for-b…ts-56168956862

We have now moved into the critical phase of Brexit negotiations, but as yet there is still relatively little clear guidance on what leaving the EU could mean for Small to Medium-sized Enterprises (SMEs).

SME expert Dr Jacob Salder, discusses what Brexit could mean for these businesses and how to prepare.

Technical note from David Hearne: AFAIK engines and all assemblies are shipped from Hams Hall direct to Oxford. Subcomponents, however, do come from Germany.

Brexit means Brexit for the UK, we have voted for a border away from the EU, but what if you're a small overseas territory that's technically part of Britain and you don't want this?

Dr Arantza Gomez-Arana discusses the history of 'The Rock', her latest research and why the people there really don't want a hard border.

As Brexit continues to dominate UK headlines with feelings of uncertainty amongst businesses regarding their workforce post-Brexit, the Centre for Brexit Studies discusses HR and Employment Law and what changes we can expect to see.

As manufacturing finds itself amidst a fourth industrial revolution driven by data and information based services, we ask enterprise information management giants, OpenText for their views on what Brexit adds to the challenge.

The next in our series of podcasts from the Centre for Brexit Studies looks back on the most recent round of Roadshows, focusing on how the findings compare from last year's events and what the key issues are for voters from these constituencies.

One year on from the opening of the Centre for Brexit Studies we look back on our findings and what we've learned so far. Featuring Centre Director Professor Alex de Ruyter, Research Assistant David Hearne and Communications Officer Jessica Guy.