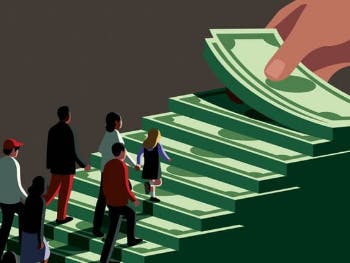 At our latest online event, a panel of experts discussed the public's perceptions of universal basic income in the West Midlands 'Red Wall'.

On the eve of the Mayoral Elections in the West Midlands, and elections across England, Wales and Scotland, the idea of a basic income is shooting up the political agenda. But is basic income going to be a vote winner, particularly in the so-called 'Red Wall' areas of the country which were so crucial in deciding the last General Election.

The Centre for Brexit Studies partnered with the Basic Income Conversation to explore public perceptions to basic income in a series of small focus groups across Dudley, Walsall, West Bromwich, and Northfields to explore what voters think. The initial results suggested the COVID-19 pandemic had a major impact on people's attitudes to social security and had implications for basic income advocates, politicians, and researchers.

The footage from the event is now available to watch.