Leave voters feel job losses are ‘worth it’ for sovereignty 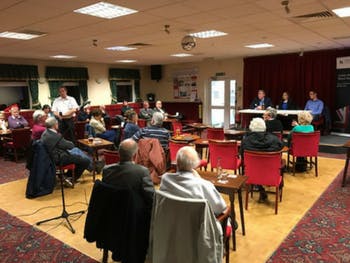 Today’s announcement by aerospace giant Airbus that a ‘no deal’ Brexit will lead to major job losses, is a consequence of Brexit that many leave voters may be willing to accept, according to research by Birmingham City University’s Centre for Brexit Studies.

Academics at the Centre undertook research in the form of focus groups (the CBS Roadshow) visiting the top ten leave voting constituencies from the June 2016 vote.

Preliminary findings suggest that Leave voters believe that for them, job losses are worth it if it restores British sovereignty as they see it.

The director for the Centre for Brexit Studies, Professor Alex de Ruyter explains: “There is a widespread perception in the media that Leave voters did not understand exactly what the consequences of coming out of the EU would be.  Our findings suggest somewhat differently.”

“Whilst it’s true to say that not everyone understood what the fallout would be, of the people we spoke to, many did understand that Brexit could mean severe job losses, but that it was worth it, if it brought Britain back to what it once was.”

“Of the voters we spoke to within these areas, we were told that Britain for them still represented a strong country that had been battered by years of EU decisions on migration, law making and other areas.  They believe that the way to make Britain great again and take back control, is to suffer any initial job losses and possible harm to GDP, but that we will recover because of the perceived status of Britain on the world’s stage.”

This would suggest therefore, that these voters have considered the issues, but for them politics trumps economics.

The analysis of the findings from the Brexit Roadshow are still ongoing and further information will be available via the Centre’s website in due course.

For further information on the Centre for Brexit Studies please visit the website at www.bcu.ac.uk/centre-for-brexit-studies or find us on Twitter @BCU_CBS.

Enquiries regarding this press release should be made to Jessica Guy, Centre for Brexit Studies Communications Officer via email at Jessica.Guy@bcu.ac.uk or 07506 010875.