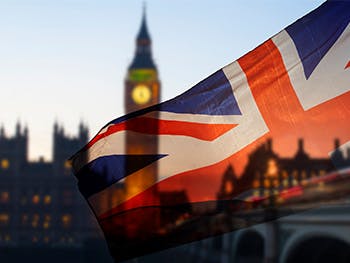 It was a night of total surprises and shocks from across the UK during the General Election results. The results were good news for the Conservative Party, but included devastating losses for Labour, especially across the so-called ‘Red Wall.

The Liberal Democrats also suffered a huge blow, with Leader Jo Swinson losing her seat, as well as high profile names including Luciana Berger and Chuka Umunna not getting the votes needed. SNP had a successful night too, but there were twists and turns for Norther Ireland’s DUP. The Brexit Party also failed to gain any seats, but the Green Party kept their one seat in Brighton Pavilion with Caroline Lucas.

Now we know the final results, the Centre for Brexit Studies Researcher David Hearne has answered the biggest questions about the results, what happens next in the Brexit process and what we can expect from the first few months of 2020.

We lost some big names in Labour and Liberal Democrats during the night - how will this change the House of Commons?

David: By far the biggest name to go overnight was Jo Swinson. It’s rare for a party leader to lose their seat. However, Swinson was always uniquely vulnerable, having lost that seat previously. A big push by the SNP and being closely associated with the “austerity” of the Coalition probably sealed her fate. In the Labour Party, Dennis Skinner is probably the most recognisable face to go. Set to be “Father of the House” following Ken Clarke’s retirement, that position will now go to Peter Bottomley. In Brexit terms, this will make only a modest difference since Skinner had voted with the Government on several Brexit-related issues.

Elsewhere, Laura Pidcock had been touted as a rising star by some on the left of the Party but lost her seat. Aside from this, the more pertinent point is the seats that the Labour Party has lost rather than who holds them. These include a swathe of seats in the North East (including Tony Blair’s former Sedgefield constituency!) and in post-industrial towns across central and northern England. It’s worth point out that this (the loss of former heartlands) simply brings England into line with Scotland, where the same process (of erosion of Labour support in traditional heartlands leading to the eventual loss of those seats) occurred ten years ago.

There are just two differences in the Scottish case: firstly, Scots tend to oppose Brexit rather than support it and secondly, there is an alternative progressive party in the shape of the SNP. In contrast, Labour voters in Northern England had nowhere to go but Conservative. This has been a long and very drawn-out process and Labour support in these areas has been hollowing-out for years. Brexit has simply greatly accelerated this.

What’s next for the Labour Party and Jeremy Corbyn?

David: Labour have been in trouble for a while and got caught in a vice this election. Without winning a significant number of Scottish constituencies it was always going to be very hard for them to win a majority. A swathe of working-class constituencies in Northern England have been trending away from them (much like their Scottish counterparts) for some time. Brexit was the issue that pushed many of these over the line, allowing the Conservatives to win a majority.

At the same time, fear of Corbyn in the South East commuter belt proved sufficiently strong that traditional Conservative constituencies in the Home Counties failed to fall to either Labour or the Liberal Democrats. Demographic change is inexorable and do not make the mistake of believing the Conservatives invulnerable to these trends.

Next election, we might well be discussing the fall of hitherto Conservative seats in West London and Surrey. It’s too early to say when Corbyn will finally step down, although he has pledged not to lead Labour into another election. There will be pressure on him to remain in post until an alternative from the left of the Party is ready to lead. Of potential candidates at present, Keir Starmer is very popular on the centrist wing of the Party, whilst anyone like Rebecca Long-Bailey looks like a potential candidate from the left. At present, it’s too early to say.

What’s next for the Liberal Democrats, SNP and DUP?

David: The Liberal Democrats will want to go away and have a long thing about their failures this election. In practice, they (alongside the SNP) have acted as ‘midwives’ to Brexit. They suggested a Bill for a General Election and pledged to vote for it, bouncing Labour into doing the same. Without this, Johnson would still be leader in a hung parliament.

The SNP will push very hard for Indyref2. If they win the next set of Holyrood elections, they can legitimately claim a mandate for it. Johnson might refuse such a request, but he’d be a fool to do so - overruling Holyrood in this manner would cause huge resentment and vastly strengthen Sturgeon’s case. In any event, I think another Indyref is inevitable so we might as well settle the issue, although it would be reasonable to argue that we should wait until after the “future partnership” deal with the EU is agreed and has been operational for a couple of years so that Scots can make an informed choice.

The DUP have been the other major losers this election. For Nigel Dodds to lose his seat to Sinn Fein is truly remarkable and demonstrates the strength of feeling in Northern Ireland against Brexit and a hard border. Perhaps it is too much to hope that this heralds a less partisan time, but Northern Irish politics certainly seems to be evolving quite rapidly.

What happens next in the Brexit process?

David: The Withdrawal Agreement will now be ratified by the UK Parliament and, following its ratification by MEPs, the UK will exit the EU in law, but will de facto remain a member until the end of 2020. After this will come the hard part: negotiating the future relationship between the UK and the rest of the EU. Three alternatives are feasible:

- Either there is a “no deal” Brexit at the end of 2020, which would pose huge challenges for British businesses. Aside from that, some kind of “standstill” arrangement covering aerospace would be necessary at a minimum. In practice, expect the UK to begin negotiations following this from a position of huge weakness. The same will be true for negotiations with the USA.

- Johnson reneges on his “promise” not to extend the transition period as negotiations on an FTA are protracted. Expect numerous hurdles and blockages as EU member states block an agreement until their interests are satisfied (expect Spain to prove recalcitrant over the issues of fishing rights and possibly Gibraltar, for example).

- We end up with an agreement that ties the UK to EU rules very closely. This will not satisfy the Brexit ‘ultras’ in the Tory Party and would lead to an effective erosion of sovereignty – hardly the “taking back control” that was promised in 2016.