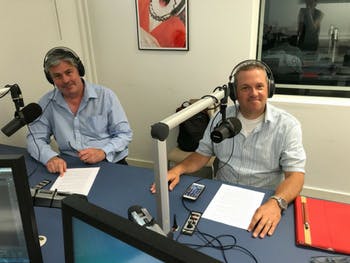 A Visiting Professor at Birmingham City University and former leader of the UK’s biggest council has aired his concerns over the way in which the Brexit bill is calculated by the EU Commission.

Professor John Clancy, the former leader of Birmingham City Council, current councillor for Quinton Ward and Visiting Professor with the Centre for Brexit Studies at Birmingham City University, has announced that following his in-depth analysis of the 2017 accounts from the EU Commission, that a ‘bomblet’ is contained regarding pension liabilities.

These concerns were aired as part of a podcast with the Centre for Brexit Studies, when Professor Clancy spoke of his belief that the chances of meeting the October deadline were rapidly diminishing.

Professor Clancy stated that: “The liabilities included in the accounts for the EU’s civil service Pension Fund have just hit €73 billion.”

The problem is that the UK, on leaving next March, has to commit to pay - one way or another - its share of that huge figure [and] it is one the biggest items on the Brexit bill.”

“The UK needs now to ask some tough questions of the EU Commission about their figures – questions which, to be frank, the Treasury and our negotiators should have been asking a long time ago.”

“Surely this isn’t the EU Commission or its negotiators pulling a fast one at the last?”

“I’m not being anti-EU here, as the methods they use are not untypical of those who calculate pension liabilities within the UK, for example, local authorities or in higher education, but we need to get to grips with this artificial problem, and soon.”

“Due to wider ECB policy, the real discount rate they’ve unjustifiably used for the 2017 accounts has suddenly and rapidly inflated the pension liability figure – it might work for an accounting exercise, but it’s not a tenable figure for our negotiations.”

Professor Alex de Ruyter, Director of the Centre for Brexit Studies and co-author with Professor Clancy on a blog on this topic states: “These are very challenging findings – but I think they could be hugely significant in terms of negotiations with the EU – and indeed for the other 27 EU countries in terms of their own financial contributions.”

The blog piece to accompany this article can be read here.