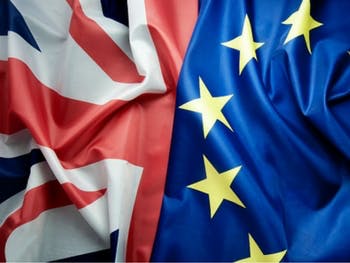 The world’s first Brexit research centre will be holding its inaugural annual conference dedicated to the latest research, economic developments and key viewpoints on Britain’s withdrawal from the European Union.

The free conference will see speakers tackling topics including:

The Centre for Brexit Studies was first set up in January 2017 in a bid to provide a public platform to document and advice on the process which will see the UK end its 45-year membership of the EU.

Centre experts have produced papers outlining the issues around trade deals with key countries outside of the EU.  They are also visiting the ten constituencies with the biggest proportion of Leave voters in a bid to better understand people’s reasons for voting to exit the European Union and their views on the government’s progress on the issue.

Professor Alex de Ruyter, Director of Birmingham City University’s Centre for Brexit Studies, said: “The Centre for Brexit studies was formed as a way for us to both document the process of Brexit and also provide a resource to advise the public and key parties on what is happening and possible future outcomes.

With this conference we wanted to bring together key speakers from both a leave and remain perspective to really examine where we are and where we are heading.
Professor Alex de Ruyter

“We particularly hope to have a stimulating discussion on negotiations to date, what likely “deal” we are to get, and the likely impact on business and jobs in the West Midlands and wider UK.

“We hope that having an annual conference and giving people the opportunity to come in and hear some important and significant pieces of information will be a valuable resource beyond March 2019, as we see how Brexit continues to impact the UK during and after any transition period.”

The conference will also hear talks from Centre for Brexit Studies experts, James Roscoe, Director of Communications at the Department for Exiting the European Union and West Midlands UKIP MEP, James Carver. More speakers are expected to be confirmed in the near future.

Tickets are available via Eventbrite by searching Centre for Brexit Studies Conference.