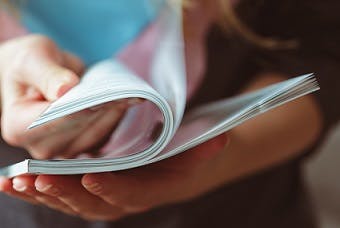 A series of ‘Bite-Sized’ Brexit books edited by Centre for Brexit Studies Academics have been published. The four books, published in partnership with Bite-Size Books, feature a wide range of academics and voices from within the Brexit debate, offer interesting and insightful opinions and discussions around key topics.

The books include ‘Do They Mean Us?: The Foreign Correspondents' View of Brexit’, ‘The Case for Brexit’, ‘Keeping the Wheels on the Road: UK Auto Post Brexit’ and ‘Will the Tory Party Ever Be the Same?: The Effect of Brexit’, with more to be released later this year.

Each book has been edited by the likes of Centre for Brexit Studies Director Alex de Ruyter, John Mair, Professor David Bailey, Paul Davies and Neil Fowler and are available both digitally and paperback.

Do They Mean Us?: The Foreign Correspondents' View of Brexit

Do They Mean Us? explores a spectrum of foreign correspondents' experience, perspectives and opinions about the UK's decision to leave the EU, the negotiations and the likely outcomes for the UK and its partners. The writers, all distinguished foreign correspondents based in the UK or elsewhere, have in many cases lived and worked in the UK for many years and they bring a distance, a touch of reality and in some cases a challenge, in 16 entertaining and in some cases really hard-hitting articles. Find out more here.

The Case for Brexit

As the UK prepares to Brexit, The Case for Brexit gives a platform to the academic Brexiteers and those who provide the intellectual firepower for the louder up-front politicians like Boris Johnson and David Davis. They were the fringe for many decades, today they are the mainstream – 17.4m voters put them there on 23 June 2016 in the EU Referendum. They are economists, many 'free traders' like Patrick Minford and David Paton, historians like Robert Tombs, and those who ‘jumped ship’ like John Mills of Labour Leave. Find out more here.

Keeping the Wheels on the Road: UK Auto Post Brexit

The UK car industry is in crisis. But the exact causes are a matter of intense debate. Is it a perfect storm of diesel phobia, electric adulation, urban congestion and millennial minimalism that has led to a sudden downturn in our near century-long love affair with the motor car? And is Brexit the final factor that has come along to confirm that all is desperate in the automotive world? Or is Brexit, and the uncertainty that has prevailed over the past 30 months or so around it, the principal cause of this current malaise? This book analyses the current position of the UK’s car industry, the range of pressures and issues it faces and its likely shape after any form of Brexit from a range of perspectives. Seasoned industry experts, observers, commentators and representatives of the industry’s unions, provide arguments for cautious optimism through to rather shocked pessimism. Find out more here.

Will the Tory Party Ever Be the Same?: The Effect of Brexit

With contributions from leading Tories, such as Sir John Redwood, Damian Green and Lord Heseltine, historian Richard Gaunt and distinguished commentators such as Peter Hitchens, Matthew D'Ancona, Eben Black and Liz Gerard, Will the Tory Party Ever Be the Same?: The Effect of Brexit, provides insights and different perspectives on a really important political question. The UK is in turmoil; Parliament in chaos and the Tories left facing several directions at the same time. Will they survive? Find out more here.