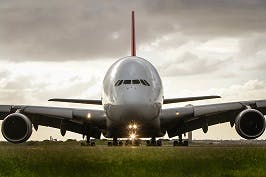 Centre for Brexit Studies Researcher David Hearne has today responded to the news that the US has been authorised to impose tariffs by the World Trade Organisation (WTO) in response to EU subsidies of Airbus, and what this means for Brexit.

David said: “News that the Trump administration is preparing to impose some $11bn in retaliatory tariffs on the EU perhaps comes as welcome relief from Brexit. The fact that the US appears to be following protocol in this particular case is interesting given the Trump administration’s well-documented antipathy to the WTO and efforts to undermine it.”

“Firstly, it’s worth noting that the US has targeted sectors and industries that are likely to be particularly vocal about their treatment. Whilst sensible (this is also standard practice when the EU imposes retaliatory tariffs on the US in response to American violations of WTO rules), many of the most affected industries and sectors are not in the UK.”

In particular, David stated that whilst tariffs on cheese might have an effect on sales of British cheeses in the US, the primary constituency to be hurt will be the agricultural lobby in France. He also suggested that tariffs on wine will have only a very modest impact on the UK relative to their effects on France and Spain. However, of much greater import is the possibility of tariffs being imposed on the UK’s aerospace sector.

Will Brexit affect this?

David said: “Two things are worth noting in this regard. Firstly, where the EU has subsidised Airbus, the US has also been found guilty of unfairly subsidising Boeing in the past. It is likely, that the EU will seek to bring retaliatory action. In the past this has held tariff escalation from both parties in check, although the Trump administration has a reputation for disregard of the rules when it comes to trade.”

He continued: “Secondly, and more importantly, the UK will still be covered by these for at least the duration of any transition period. Moreover, as the UK’s aerospace sector has benefited from these subsidies, it is natural that any remedy would take that into account. Indeed, since the subsidies were in part provided by the UK, the US would likely want to go the WTO to seek remedies against the UK directly were the UK to leave the EU without a deal.

Of course, it’s worth stressing that in the event of such an eventuality, US tariffs are likely to be the least of our worries. Indeed, there is a very real risk that in the event of a no-deal Brexit, where the UK ceases to be under the aegis of the European Aviation Safety Agency and cross-continental supply chains are threatened, there might eventually cease to be any Airbus operations within the UK to levy tariffs against.”