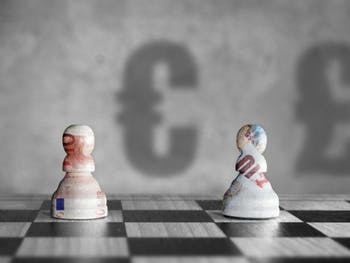 A Brexit academic believes the Bank of England’s Monetary Policy Committee has provided the perfect lesson in how not to interpret today’s labour market.

Professor Alex de Ruyter, the Director of the Centre for Brexit Studies at Birmingham City University, has released a blog piece on how labour market data might have been wrongly interpreted by the Bank of England’s Monetary Policy Committee (MPC), citing record food bank use, increased short term borrowing and the growth of the “gig economy”.

The Professor argues that whilst a rise in the rate was not wholly unexpected, it could be based on some alarming misinterpretation of how the labour market is today.

He stated that: “The Bank essentially is tasked by the UK Government to keep inflation within range of the set target of 2% p.a. and has to consider a range of economic factors in assessing this, unemployment and wage rates being two of them.

In the MPC’s view, an official unemployment rate of 4.2% during the March-May quarter (its lowest rate since March 1975) , means that there is little “slack” left in the economy – they clearly think that this will generate inflationary pressures.”.
Professor Alex de Ruyter

He goes onto consider what he calls ‘relatively weak [worker] bargaining power’ and stagnant real wages, as having led to record use of food banks, at a time of “full employment” mean that inflationary pressures are easing. This he believes is a lesson in how not to interpret the data.

Commenting on the impact of Brexit he states: “It goes without saying that for these people in particular (and especially in the current period of Brexit-induced uncertainty), the last thing needed is a rate rise by a Central Bank that could be accused of using an outmoded view of the UK labour market.”

The coming weeks and months will bear out whether a base rate rise was a good or bad decision, but at present the academic community at least, appears unconvinced.

For further information about the Centre for Brexit Studies and its research, please visit the website.