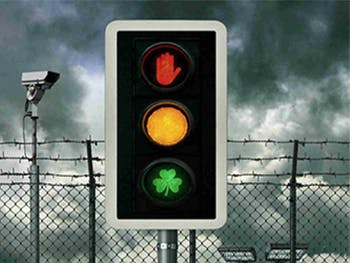 Leading Brexit academics have criticised Prime Minister Boris Johnson’s latest proposals to manage the UK-Ireland border, describing them as ‘already dead in the water’ and ‘likely to undermine the Good Friday Agreement’

Dr Steve McCabe, senior fellow at the Centre for Brexit Studies at Birmingham City University and co-editor of a new book exploring the challenges of the Irish-Northern Irish border in a pre and post-Brexit world, has responded to the PM’s announcement at the Conservative Party Conference yesterday, saying, “Johnson may believe that his bellicose language will force the EU to agree to what he claims to a ‘fair and reasonable compromise’. However, it is notable that very few, apart from the DUP, appear to agree with him.”

Speaking after Boris Johnson’s speech and ahead of the launch of Brexit and Northern Ireland: Bordering on Confusion in London and Belfast later this month, Professor Alex de Ruyter, Director of the Centre for Brexit Studies at Birmingham City University said, “Boris Johnson’s stance following the conference announcements might play well to a domestic audience but if he really is after a ‘Deal’ then these proposals are unlikely to get a good reception in Dublin or Brussels.”

The compact format book features an exploration of the challenges around the Northern Ireland border, with contributions from 25 distinguished ex-politicians, journalists, writers and academics from both sides of the Irish Sea. Edited by ex-BBC journalist John Mair and Dr. Steve McCabe from the Centre for Brexit Studies at Birmingham City University as well as Leslie Budd from the Open University and Neil Fowler, the book has been produced in just ten weeks from conception to publication.

In assessing Boris Johnson’s proposals, Dr McCabe also remarked, “When a referendum on continued membership of the European Union (EU) was proposed, few really considered the impact of leaving on the part of the UK with a land border to the rest of the EU; Northern Ireland. The past three years have demonstrated exactly why this aspect of departure has proved so difficult. The announcement by Boris Johnson of a revised arrangement that will create borders – no matter how invisible – to deal with trade, the movement of goods and freedom of people to cross the Irish border, are likely to undermine the Good Friday Agreement.”

In his criticism of the Prime Minister’s proposals, Professor de Ruyter went on to say, “In effect he wants to take the UK, including Northern Ireland, out of any customs union with the EU. This will mean new border installations and hence a hard border – not what was promised two years ago. Unfortunately the potential for a hard border to re-emerge post-Brexit with Johnson’s proposals will not go down well with unionist business community supporters, who fear the impact that this will have on their cross-border trade and supply chains with Ireland. The Irish Government has already dismissed the PM’s proposals as unacceptable.”

“As Ireland is a member state of the EU, its concerns will be more paramount than any proposals by the UK Government. The Irish Government are particularly concerned about Johnson’s attempt to resurrect a ‘time limited’ backstop of four years, and the uncertainly this would entail for the all-Ireland economy. If so, then it looks like Johnson’s latest proposals are already dead in the water (or ditch…).”

Brexit and Northern Ireland: Bordering on Confusion is available in paperback and on kindle at Amazon (ISBN number 9781694447807).