Brexit Academics Believe White Paper to be ‘Brexit in Name Only’ 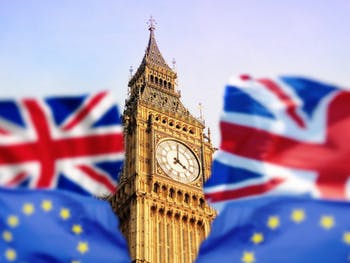 A university based research facility has described today’s White Paper to be ‘Brexit, but in name only.’

The Centre for Brexit Studies based at Birmingham City University has spent much of this afternoon poring over Theresa May’s long awaited Brexit blueprint, in order to understand the Prime Minister’s plan for Britain’s exit from the European Union.

The most notable points being the common rules for goods covering only those rules necessary to enable frictionless trade at the border and no tariffs on any goods.

Professor Alex de Ruyter, Director of the Centre for Brexit Studies states: “Like the rest of the country and indeed the EU, we have long awaited the publication of the Brexit White Paper.

“The controversy of the last few days following the Chequers Summit has only added to the worry over the long awaited document.

“Today we learn that the plan appears to be exiting the European Union, whilst maintaining many of the same rules and freedoms that we currently subscribe to.

“The plan envisions that we will still participate in EU agencies that provide authorisations for goods in highly regulated sectors – namely the European Chemicals Agency, the European Aviation Safety Agency and the European Medicines Agency – accepting the rules of these agencies and contributing to their costs.

“We also note continued cooperation in terms of transport and energy and the exploration of reciprocal arrangements for road hauliers.  This is an issue that we have regularly raised at the Centre and it is interesting and encouraging to see the Government seeking to address it.

“The one change we do see, is the end of freedom of movement, but with several exceptions, for example, in the case of companies wanting movement of staff.

“So we want to continue to enjoy ease of travelling, whilst imposing restrictions on movement into the UK.  Crucially, the White Paper envisages that these will be, ‘in line with the arrangements that the UK might want to offer to other close trading partners in the future’.

“Will the EU agree to keeping almost everything the same, whilst rescinding on freedom of movement and losing the UK as part of the EU27?  I doubt it and I suspect that many Conservative backbenchers will be unhappy to commit to ‘binding provisions’ around future trading arrangements. Similarly, Jeremy Corbyn’s opposition may well oppose the envisioned rules over state aid and competition.  As such there is a very real possibility that the government’s proposals may fail to secure parliamentary approval in addition to the EU’s potential qualms over ‘cherry picking.’

“We await the EU’s response with bated breath and I believe we’re in for an interesting few months following that.”

The Centre continues to analyse all government outputs and to research the public perceptions and impact of Brexit on both a regional and national scale.