What now? Expert answers key questions now we have a Brextension 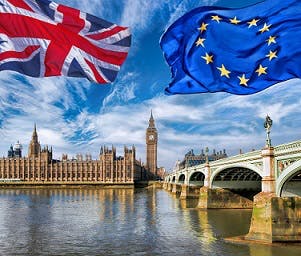 After a week of further Brexit talks, which have now left the UK with a possible Brextension until October 31, Centre for Brexit Studies Researcher David Hearne has answered a variety of key questions around Brexit and what could happen next.

Has the latest extension increased the likelihood of a second referendum?

David said: “Yes. The longer this initial part of the Brexit process takes, the more likely it becomes that the UK will rethink the process entirely.

“The present extension is unlikely to be long enough to fully organise a second referendum – a process that will likely take a minimum of 22 weeks – but it is certainly feasible that a confirmatory referendum might be the price parliament demands in exchange for acquiescing to the Withdrawal Agreement.”

What course of action might May now take in order to secure ratification from Parliament?

David said: “At present, Theresa May has stated that the government will have discussions with the opposition Labour Party. These will centre on the future relationship rather than the Withdrawal Agreement itself, as the EU have refused to reopen this.”

He continued: “If they can come to some kind of agreement on a course of action then it is likely that the Withdrawal Agreement will come back to Parliament for ratification. With Labour and the Conservatives whipping in favour, it should pass (although nothing is guaranteed). However, I would anticipate a large Conservative rebellion (in excess of 100 MPs, plus the DUP). The reaction of Labour MPs is the big unknown here.

“However, if the two largest parties cannot come to an agreement then there will be a series of indicative votes in Parliament. May has stated that the Government will respect these, although they are unlikely to be binding.

“A soft Brexit or a second referendum is likely to ensue. However, the question of how Theresa May’s successor might act will remain live – how can one ‘Boris proof’ things?”

What might the impact be of the UK’s participation in the European Parliament elections, if any?

David said: “We will almost certainly be going to the polls in May in order to elect MEPs. This is likely to be a litmus test of opinion in the UK: a high vote share for ‘Brexit parties’ (UKIP or Farage’s new Brexit Party) would suggest that voters want the UK to ‘get on with it’. In contrast, a high vote share for pro-remain parties would imply a desire to rethink the decision.”

He continued: “The big unknown here is what a large Labour vote means. Turnout will also be interesting – traditionally turnout at EU elections has been low (around 40%). A ‘Brexit boycott’ might depress this even further (a turnout much below 30% would suggest as much). Equally, a higher turnout, especially if accompanied by a large vote for ‘Remain’ parties (or, potentially, Labour) would imply a desire to continue playing an active role in European policymaking.

Will the clear frustrations of Tusk, Macron and Merkel at the lack of delay in progress manifest in other ways politically between now and 31 October?

David said: “Possibly. The UK has certainly squandered its influence in Europe and there is a desire to move ‘beyond Brexit’. Equally, we should be wary of seeing ourselves as unique: nationalism is on the rise across Europe and poses a significant challenge to the European status quo ante.

“As Trump and others across the globe have shown, this is not just a European phenomenon but a global one.”

Is this the end for May, or will a successor make a play for PM under the pretext of taking over Brexit negotiations?

David said: “Theresa May’s time as premier is certainly coming to a close and is unlikely to last to 2020. However, it’s unclear how long she will cling on for. A successor will not want to be seen as sticking the boot in (‘s/he who wields the knife never wears the crown’).

“There is an added disincentive at this stage in the process: delivering Brexit is something of a poison chalice and a new PM will want a fresh start.”