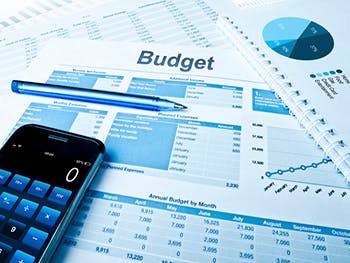 West Midlands business leaders believe a lack of support for organisations, economic uncertainty and an absence of skilled workers are holding back the region’s economic growth and productivity, a new report has shown.

The Countdown to Brexit paper, produced by Birmingham City University think-tank the Institute for Design and Economic Acceleration (IDEA), focuses on three of the region’s key industries; transport, construction and energy, to analyse what businesses believe are the biggest challenges facing the West Midlands.

It revealed that businesses believe that a lack of available support, economic uncertainty – including that linked with Brexit - and a shortage of skilled workers are the biggest factors preventing growth and improved productivity.

Beverley Nielsen, Director of Birmingham City University’s IDEA, will be launching the report and its recommendations at the Conservative Party Conference in a bid to highlight the challenges facing organisations in the West Midlands and attract support and investment to the region.

Among the findings detailed in the report were:

Beverley Nielsen said: “This report has been produced as a response to the Combined Authority’s Productivity & Skills Commission Call for Evidence, based on data collected from companies operating across three sectors of Transport, Construction and Energy, highlighted as key growth sectors in the recent Science & Innovation Audit.

It shows the extent to which these businesses feel they are not supported by an effective business support ecosystem in the West Midlands.
Beverley Nielsen

“In the view of businesses questioned their productivity could be improved on a 80/20 basis through greater focus on external factors such as skills provision, infrastructure (with £3bn congestion costs annually), access to finance, wider business support systems compared to improvements made within the business.

“For the first time in the 20 years I've spent working in the region, organisations have listed ‘business support’ as the third most significant barrier to growth after skills and economic uncertainty and just ahead of the impact of Brexit. It shows just how much we need to pull our supply side offer together to give business the best chance moving ahead.”

The report was put together as part of a package of research aiming to help boost the region’s business output, productivity and economic growth.

It cites a lack of investment over the last three decades which has held the region back, but also highlights the fact that the West Midlands has remained a net contributor to the UK’s economy due to its strong manufacturing and exporting industries.

It says more needs to be done to skill up young people ready to take on roles in the region’s important industries, businesses need increased support and vision, further investment into digital technologies is needed and that a new taskforce should be set up to focus on ensuring growth and productivity are increased.

Recommendations detailed in the paper include:

The interim paper will be followed up with another piece of research next year to examine where progress has been made and present further suggestions.

The report has already been backed by business representatives including the Building Alliance.

Mike Leonard, CEO of the Building Alliance, said: “The findings from this report provide vital insights in the countdown to Brexit across the Midlands. It is vital that we understand and embrace the needs of our diverse industries to ensure we are fit and ready to meet the challenges ahead.”