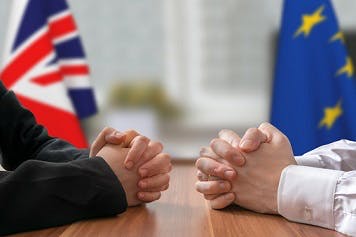 An exciting line-up of speakers, panel debates are more have been announced for the Centre for Brexit Studies Annual Conference, B-Day: Making a Success of Brexit?

The Conference, which will see the likes of Sir Vince Cable and Professor Vernon Bogdanor take to the stage, is taking place at The RSA in London on March 29, 2019.

The Keynote Speakers for this year’s conference include Sir Vince Cable, Sir Bernard Jenkin, Vernon Bogdanor and the Centre’s Director Alex de Ruyter. They will be sharing their views around the Brexit debate and what they expect, and hope, for the future of the UK.

The Conference will also include four panel debates, around a series of topics, where our guest speakers will also be taking to the stage to share their opinions, and research, around Brexit and British politics.

Find out more about each Keynote Speakers talk topic and panel debates below.

9.40am: Alex de Ruyter keynote speech ‘Brexit: Left Behind Regions’ – will discuss the need for rebalancing.

10.10am: Sir Bernard Jenkin keynote speech ‘Brexit: The Next Steps’ – will discuss the Brexit debate and the next steps.

3.30pm: Professor Vernon Bogdanor keynote speech ‘Brexit: The Consequences' – will analyse the consequences of Brexit, both at home and abroad.

4pm: Sir Vince Cable keynote speech ‘Brexit: What Now?’ – will discuss the UK without the EU.

Brexit: Where do we go from here?
With Vicky Pryce, John Mills, John Clancy and Dr Leslie Budd
10.50am

Our first panel discussion of the day will be discussing Theresa May’s Withdrawal Agreement and what the next steps are. From the moment May became Prime Minister, we have watched her every move with the Brexit process. There has been controversy, shock twists and a series of votes in Parliament since that has led us to where the process is now. Our panellists will discuss what Brexit could mean for the future of the UK.

The impact that Brexit will have on the automotive industry is one of the biggest questions within the Brexit process. In the past few months alone, the likes of Jaguar Land Rover and Nissan have announced life-changing news in relation to Brexit and there could be more on the way. Our panellists will be discussing the future of the automotive industry in the UK and how Brexit will affect it.

Brexit and the Media
With John Mair, Raymond Snoddy and Liz Gerard
1.10pm

How has the British press responded to Brexit? And what does leaving the EU mean for the future of news outlets, TV channels, radio stations and more across the UK? Our panellists will discuss key issues around Brexit and the media

Joshua Hockley-Still - The Labour Case for Brexit – will discuss his research which looks into Euroscepticism in the Labour Party, and will outline how it shows that Brexit is not a left vs right issue.

Yasmeen Zaman - Who Do We Look To To Understand The Mayhem? – will discuss the lack of understanding around Brexit.

These individual talks will be followed by a Brexit and Young People debate with several Birmingham City University students.

Tickets for the Annual Conference are FREE, but must be registered for. Lunch, as well as refreshments throughout the day, will be provided for all event attendees.

Register for your tickets and find out more here.

Find out more about our Conference speakers and panel members here.