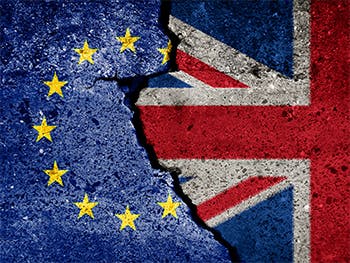 The findings from the latest research conducted by the Centre for Brexit Studies has been unveiled and analysed during an online webinar.

The Centre for Brexit Studies undertook a large research project into Brexit and Devolution earlier this year, looking into the reasons behind why people voted the way they did in the EU Referendum, as well as exploring attitudes to devolution and whether bodies such as local councils have enough power. The research also aimed to explore whether people feel they have a say in how their local areas are run, and if this had any impact on the Brexit vote.

It is significant that deprived communities in Scotland exhibited very different voting preferences from similar communities in the Midlands & North of England. In contrast to Scotland, England has seen the creation of Local Enterprise Partnerships, Combined Authorities, and the emergence of the “Northern Powerhouse” & “Midlands Engine” brands. This raises questions as to whether voter perceptions of “being left behind” could be partly related to a lack of suitably devolved governance arrangements within England.

The Centre’s research brings together evidence on the nature of the Brexit vote, and the potential impact from governance arrangements, on selected areas within the West Midlands and Scotland, with the highest and lowest votes for Brexit. The findings from the research provide critical insights into why individuals in certain localities voted in such dramatically different ways.

The Centre’s latest online webinar, now available to watch, presented the findings, and key sections of the research. The event, hosted by Professor Alex de Ruyter, Director at the Centre for Brexit Studies, included further analysis and discussions around Scotland with Professor Geoff Whittam, and the future of Gibraltar in a post-Brexit landscape with Dr Arantza Gomez Arana. An audience Q&A followed the discussions.