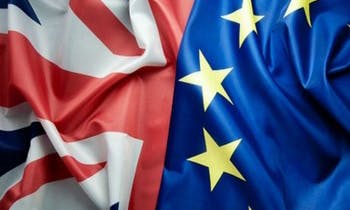 The Centre for Brexit Studies is proud to announce the speakers for its second annual conference this year. The event, which is to be held on 29 March in London, will feature a range of speakers from the worlds of politics, business and academia, in addition to presenting CBS's own research and findings.

The Centre for Brexit Studies was started to provide a platform for discussion, debate and insight into the process of withdrawing from the European Union, and this is what the Conference is all about. Bringing together so many key speakers allows us to give delegates a range of perspectives from the Parliamentary and business world, as well as an insight into the views of young people on Brexit and how it is being carried out. With so much of the debate continuing it is fitting that we will be holding this event on March 29, the day Article 50 is set to expire, allowing us to provide additional insight as news filters through from Westminster and beyond
Alex de Ruyter

A brief profile for each of our speakers and panellists can be found below:

Sir Vince Cable was born to a working class family in 1943. His father, Len, was a craftsman for Rowntree and his mother packed chocolates for Terry's. Vince read Natural Sciences and Economics at Cambridge University where he was President of the Union, followed by a PhD at Glasgow University.

In 1981 he joined the Social Democratic Party (now the Liberal Democrat Party) and has been a member ever since. He was first elected as the Member of Parliament for Twickenham in 1997 and as an MP has helped tens of thousands of local people. As Secretary of State for Business, Innovation and Skills from 2010 to 2015 Vince created a distinctive Liberal Democrat vision for the economy.

This vision included a long-term industrial strategy, promotion of science and innovation, banking reform, the creation of the world’s first-ever Green Investment Bank, support for young people through apprenticeships, and the promotion of socially responsible capitalism.

On 20th July, 2017 Vince Cable became the Leader of the Liberal Democrats. His top priorities are fighting to make sure the UK remains at the heart of the EU, increasing access to finance for small and medium-sized businesses, investing in high-quality public services. He aims to build a mass movement, growing and diversifying the party membership, to help win elections and make our country more liberal and more democratic.

Following a series of roles at Ford, 3i and Legal & General, Bernard was elected to Parliament in 1992.

Bernard is a member of the Executive of the 1922 Committee of backbench Conservative MPs and is the author of a number of publications on the European Union, UK defence policy and Conservativism.

He has been an adviser to a number of governments, including those of Albania, Czech Republic, Hungary, Kosovo, Israel, Mauritius. Slovakia and Trinidad. He is a frequent contributor to TV, radio and the press. In 2008, he was awarded the Sir Isaiah Berlin Award by the Political Studies Association for Lifetime Contribution to Political Studies.

In 2009 he was made a Chevalier de la Legion d’Honneur by President Sarkozy. He is an Honorary Fellow of The Queen’s College, Oxford, an Honorary D. Litt. of the University of Kent, and an Honorary Bencher of the Middle Temple.

Vicky Pryce is an economist and business consultant. She currently sits on the Department of Business Innovation and Skills’ panel monitoring the economy.

She is also on the City AM’s Shadow Monetary Policy Committee. Her former roles have included Senior Managing Director at FTI Consulting; Director General for Economics at the Department for Business, Innovation and Skills and Joint Head of the UK Government Economics Service where she was responsible for evidence based policy and for encouraging measures that promoted greater productivity in the UK economy.

John Mills is an entrepreneur and economist who has long been involved with political matters. He is Chairman of John Mills Limited (JML), which specialises in selling high volume consumer products, using audio-visual methods of promoting their sale both in the UK and internationally.

For many years he was involved with local government on both a regional and national level, with his base in the London Borough of Camden. In the late 1980s he was Deputy Chairman of the London Docklands Development Corporation. A long-time Eurosceptic he was Chair, then Vice-Chair of Vote Leave and then Chair of Labour Leave, during the run up to the June 2016 EU referendum.

His main interests as an economist are the relatively poor performance of western economies compared with those in the East, a subject on which he has written eleven books, regularly blogs and frequently comments on radio and TV. He is Chair of a think tank called Labour Future.

Leslie Budd is Reader in Social Enterprise at the Open University Business School.

He is an economist who has written on urban and regional economies in relation to the EU, digital social inclusion, and global financial markets. Leslie was Special Economic Advisor to the Committee for Enterprise Trade and Investment (CETI) at the Northern Ireland Assembly providing briefings, including one on the impact of Brexit in Northern Ireland.

John Clancy is the former Leader of Birmingham City Council (2015-2017), the largest local authority in Europe, based in the U.K.’s second biggest city. He oversaw an annual revenue budget of over £3 billion, and over £6 billion in assets. He has been a Labour councillor for Hodge Hill ward initially and then Quinton ward since 2002.

Professor Clancy is a qualified Solicitor of The Supreme Court, though does not now practise. He practised in Birmingham in the early 1990s, specialising in Venture Capital law.

Thomas Leeson is Industry Strategist for the Manufacturing sector at OpenText.

Tom is an Engineer by trade, a Mathematician by education. He has nearly 40 years of experience working in the manufacturing sector. First within Aerospace, Automotive and Discrete Manufacturing companies introducing computational techniques before moving into the Engineering and Manufacturing IT sector.

The last 22 years Tom has fulfilled various senior roles with manufacturing software specialists Dassault Systemes, SmarTeam PLM, Computervision, PTC and the Artificial Intelligence Company Aion. Tom is passionate about engineering and manufacturing and began his career with a traditional engineering apprenticeship as a Precision Engineer servicing the Oil and Gas, Mining, and Automotive industries in Scotland before moving on to design analysis careers with British Aerospace (BAe) and Jaguar Cars.

With BAe he studied a Master’s Degree in Computation Mathematics relating to Computer Aided Engineering.

David Bailey is Professor of Industrial Strategy at Aston Business School. He has written extensively on industrial and regional policy, especially in relation to manufacturing and the auto-industry.

His recent research has been funded by a number of state and private organisations. David is now Chair of the RSA Europe Think-Tank and policy forum. He is the Editor-in-Chief of the journal Regional Studies, as well as an editor of Policy Studies, and the Journal of Industry, Competition and Trade.

John Mair has taught journalism at the Universities of Coventry, Kent, Northampton, Brunel, Edinburgh Napier, Guyana and the Communication University of China.

John also created the Coventry Conversations, which attracted 350 media movers and shakers to Coventry University, as well as the Northampton Chronicals, Media Mondays at Napier and the Harrow Conversations at Westminster University.

He previously worked as an award-winning producer and director for the likes of the BBC, ITV and Channel 4.

Raymond Snoddy, is a British news media journalist, television presenter, author and media commentator. After university, he worked on local and regional newspapers, before joining The Times in 1971.

He joined the Financial Times in 1978, before returning to The Times as media editor in 1997.

He was awarded an OBE for his services to journalism in 2000.

After studying Journalism at Harlow Technical College, Liz worked for a series of local and regional newspapers, before joining The Times, where she worked for eight years as a sub editor, before moving onto National Wide News in Australia.

She returned to The Times, where she worked as a night editor for 22 years, before setting up SubScribe, where she comments on the best and worst of British journalism.

‘Sideman’ is a radio presenter, comedian, social media influencer and reality TV reviewer. As well as presenting on BBC Radio 1xtra Sundays 10am-1pm, he is also a guest presenter for The Gadget Show and LadBible.

Also a huge social media influencer with an impressive following of over 200k, he regularly creates viral videos including Love Island reviews, which got trending across the globe. These viral videos have culminated over millions of views and due to the success, these videos have been picked-up globally across various media channels.

As Policy Analyst at Birmingham City University’s Policy and Planning Performance Unit, Elizabeth is responsible for briefing senior management on the latest policy developments, as well as preparing institutional responses to Government actions. The primary focus of her analysis has been the impact of Brexit and the changing HE landscape under the newly formed Office for Students.

Prior to joining Birmingham City University, Elizabeth was an Advisor for Health Education England, and gained her PhD in Archaeology from the University of Southampton and the British Museum. Her research focused on the uses of prehistory in modern ethnographic studies.

Ian Henry is managing director and owner of AutoAnalysis. He has more than 30 years’ experience of consulting and analysis in the automotive industry, advising major car companies, suppliers, financial sector companies and government bodies in the UK and across Europe.

He is a graduate of Cambridge University and has post-graduate degrees from Henley Management College and King’s College, University of London. He specialises in production forecasting, supply-chain and competitor analysis. He is a regular contributor to leading automotive business media

Joshua is a 2nd year PhD student at the University of Exeter. His PhD 'Euroscepticism in the Labour Party: The Role Played By The Common Market Safeguards Committee Since 1975' is supervised by Professor Richard Toye and Associate Professor David Thackeray.

He received his BSc from the LSE, his MA from Yale University, and before starting his PhD worked in Westminster as a member of staff for an MP.

Yasmeen is a second year Psychology and Sociology student at Birmingham City University. She is also a mental health first aid volunteer and a member of the inclusion team at the University. Yasmeen completed an internship with the Centre for Brexit Studies in 2018, which has helped with both her research skills and her knowledge around contemporary social political issues.

Alex de Ruyter is Professor and Director of the Centre for Brexit Studies at Birmingham City University. He brings a wealth of research experience and academic engagement in Brexit and the related areas of regional economic development, skills and labour market issues.

He has published over 50 academic outputs in leading national and international journals and has been the recipient of research funding, including being an investigator in the ESRC funded study on the effects on subsequent employment experience of workers from MG Rover after plant closure in 2005.

For further information and to get your tickets, head to the Eventbrite page here.