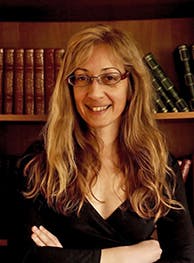 The recent US/Iran hostilities, airstrikes and assassinations of Qassim Suleimani and Abu Mahdi al-Muhandis ‘neither foreshadow WW3, nor indicate a direct war between the US and Iran’, Dr Lily Hamourtziadou, Senior Lecturer in Security Studies at Birmingham City University has said.

“Rather, they are part of the ‘War on Terror’, proxy battles fought on the battleground that Iraq has been for years, for regular and irregular groups: armies, militia, insurgents, terrorists.”

Dr Hamourtziadou characterises the international military campaign, widely regarded as having originated during the Truman US administration after the Second World War and now employed by a US-led coalition, as having successfully made Iraq and Afghanistan protectorates.

“These territories have been exploited and used as bases by the coalition, as well as Iran and Pakistan, as they struggle for regional and global leadership, establishing areas of control and influence while fighting those who threaten their interests.”

The strategic invasions of Iraq and Afghanistan have helped avoid direct confrontations with the West’s biggest threats, Saudi Arabia, Iran and Pakistan, all of which have ideologies and politics that are anti-western and anti-imperialist.
Dr Lily Hamourtziadou

International politics and security specialist Dr Hamourtziadou, who teaches on subjects including terrorism, political violence, extremism, and human rights, is also principal researcher for Iraq Body Count, a leading data-driven non-governmental organisation (NGO) which has been nominated for the Nobel Peace Prize twice.

“The 9/11 attacks heralded a war against ‘terrorists and states that sponsor terrorism’, states like Saudi Arabia, Iran and Pakistan. These states cannot be invaded without the coalition suffering tremendous losses; instead Iraq and Afghanistan were, weak states which border the three big threats were taken over to control and police security, to ‘manage’ the threats without direct war.”

The expert goes on to state that the impact of the latest hostilities will be felt most keenly in Iraq where over 207,000 civilians have died so far.

While the killing of Iraqis has become ‘normalised,’ neither the coalition nor Iran want to put their own at risk, nor do they want to risk their interests. The proxy conflict will continue, the Iraqis will continue to die, while the American Presidents, the British PMs and Iran’s Supreme Leader will continue their struggle for power.
Dr Lily Hamourtziadou

In her research and lecturing capacities, Lily hopes to contribute to peace efforts and humanitarian causes, to increase awareness and understanding of world politics and to inspire students to follow similar paths. Being able to apply her education to the practice of human security has meant that her work has helped achieve positive changes in policy, humanitarian response or planning and contributes to the on-going assessment of conflict.

Read ‘Neoliberalism and the Killing for Profit in Iraq’ by Dr Lily Hamourtziadou, Birmingham City University and Bulent Gokay on Global Research here