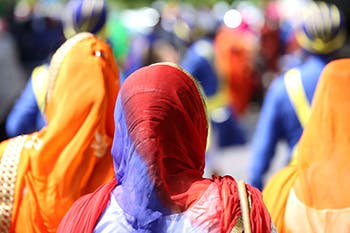 This weekend, Handsworth Park will play host to one of the largest Vaisakhi celebrations in the world.

Taking place on Saturday 29 and Sunday 30 April, the event runs between 11am and 6pm, and will include live entertainment, sports tournaments, market stalls and Langar. The celebration in Handsworth park has been running for many years now, with the 1999 event being recorded as the largest in the world outside of the Punjab.

Vaisakhi marks the beginning of the Sikh New Year, and doubles as a spring harvest festival. It is traditionally celebrated on April 13 or 14 every year. Vaisakhi is also celebrated in Hinduism, where is also marks the start of the solar calendar and spring harvest.

To celebrate the festival, Sikh’s bathe in rivers or lakes before visiting Gurdwaras, which have been decorated. There are also fairs thrown in the local community, which give everyone the chance to socialise.

Sikhism is the third most practiced religion in Birmingham, with 3 per cent of the population identifying themselves as Sikh in the 2011 Census. This is well above the national average of 0.8 per cent. If you are looking for the nearest Gurdwaras to our City Centre Campus, we have put together the map below to highlight them all!