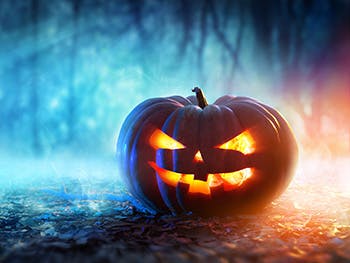 Are you coming to Birmingham this October

We’re here to let you know everything you can be getting up to over the next four weeks.

We've got all the information you need to get the most out of the first days of autumn, as the academic year at Birmingham City University gets underway.

Just when you thought the festival season was winding down, October throws up a few belters, starting with the star-studded Birmingham Comedy Festival, October 6 - 15. This year, the festival is highlighted by performances by Greg Davies, Joe Lycett, Matt Lucas, Zoe Lyons, and American comedy troupe Impractical Jokers. The festival takes in venues across the city, include our world famous Glee Club.

Starting just the day after on October 7, and running until October 15, the Birmingham Literature Festival is also in town. The festival is split 50/50 between showcasing the works of the best authors from around the world, and workshops aimed to help even the most fledgling of writers.

This wave of culture carries on to October 16, when the Fierce arts festival returns. An arts festival with a social commentary twist, the Fierce festival differentiates itself from the norm by embracing social and political activism, incorporating it into dance, music and art performances.

Rounding out October, we have the Black International Film Festival, running between October 25-31. The festival provides a platform for artists and filmmakers to display and discuss their work. The festival culminates in the Movie, Video and Screen Awards (MVISA) at the ICC.

Plus, we also have the first ever Birmingham Marathon taking place on October 15! Applications for the race are now closed, but make sure you go and cheer on everyone along the 26 mile course!

Don't think we've forgot about All Hallows Eve! We're past the point now where Halloween is jsut for kids, running around in bed sheets to get as many sweets as possible - Birmingham knows that adults need to let off a little scream too. So below you'll find information and tickets to all of the scary events in and around Birmingham that you can check out, all taking place on the weeks running up toHalloween on October 31.

Here is a handy guide to a tonne of music, comedy and exhibition shows that you could check out in October.

With term starting again, our campuses are packed with events once again after the quiet summer. You can find otu about all of our events here, and you can also find out about our upcoming Open Day on the 14 October.

Going to any of these events? Let us know!