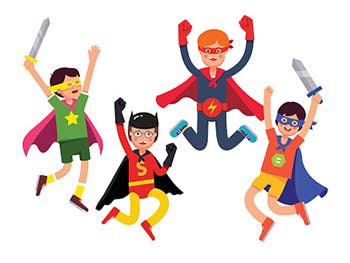 Birmingham is synonymous with lots of cultures. Thanks to the exploits of Ozzy Osbourne and Black Sabbath, we’re considered the home of metal music. We’re strangely proud of our canals. And we love curry so much we allegedly popularised the Balti all on our own!

But you may not be aware of our massive pop culture, film and gaming community. Though we may not be famous for it, those looking for some nerdy pursuits are more than catered for in the Second City.

So, with the MCM Birmingham Comic Con in town, here is our guide to getting your geek on.

You may already be aware of our shopping prowess. The Bullring, Grand Central and the city centre in general are packed with everything a student could ever want. Nestled throughout are little pockets of procrastination. Forbidden Planet, situated on Bull Street, is two floors of nerd nirvana. They stock collectables on the first floor, including the biggest selection of Pop! Vinyls you are every likely to see, and all manner of comic books downstairs. Nostalgia and Comics, located on Smallbrook Queensway, houses a similar assortment of collectables, comics and toys.

If Magic the Gathering, Yu-Gi-Oh and Pokemon TGC is more your style, the recently opened Geek Retreat is the place for you. Not only is there two floors worth of comfy seating for table top gaming, they also serve coffee, tea, and soft drinks, so you’ll be cosy while you’re combating. Geek Retreat also happens to sit across the road from the famous Oasis market, perhaps the heart of subculture in Birmingham. The underground market houses unique independent stores that can’t be found anywhere else. We don’t even want to describe it too much – it’s worth discovering on your own.

Already stocked up on toys, trinkets and trading cards? You can still find plenty to do. Escape Rooms are all the rage right now, and the Jewellery Quarter is home to Escape Live, which offers not one but four escape rooms for all ages and skill levels. Rooms include the futuristic Time Machine, the scientific The Lab, the scary Room 13, and the Sherlock-esque Dr. Wilson’s Office.

Film buffs can also look forward to several festivals throughout the year. Independent film festivals don’t come much bigger than the Flatpack Festival, where 200+ films are shown across 6 days from April 4. Later on in the year, the Electric Cinema (the oldest working cinema in the UK) hosts the Shock and Gore festival, a tribute to horror movies from the past to the here and now. And should the weather hold, you may also want to check out the Brindleyplace Film Festival, with a huge outdoor screen showing some of the biggest movies ever made.

The real jewel in the crown of Birmingham’s nerd scene, however, is the National Exhibition Centre. On top of housing the upcoming MCM Comic Con, the NEC puts on a wide variety of pop-culture infused exhibitions all year long, just a quick 15 minutes train trip from New Street.

This year, you can look forward to:

Joining Birmingham City University soon? Already a student here? You’ll be happy to know that we have a massive array of societies that cover every basis of pop culture. Here are just a few:

Click on any of the pages above to find out more details, and to discover how you can join in! And if you’re going to Comic Con, or any of the other events we mentioned, let us know on Twitter and Facebook.