'Freeing inmates to ease virus pressure is likely to cause controversy', says criminologist 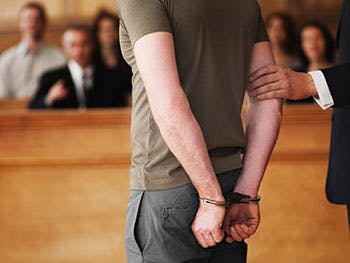 A Birmingham City University criminologist says that the government’s considerations to release offenders from prisons in England and Wales to ease pressures caused by the coronavirus pandemic is likely to cause controversy.

Lecturer in Criminology, Melindy Brown, said: “If this decision is adopted, it will come with its own set of challenges.

"The difficulty first comes in determining who should be released – pregnant women, the elderly, those with underlying health conditions, and in what capacity, temporary or permanent release?"

This in itself is likely to cause controversy across the prison estate, with some inmates questioning why they are still being placed at risk.

Justice Secretary Robert Buckland said the virus poses an "acute" risk in prisons, many of which are overcrowded.

“Due to cuts, the number of frontline operational prison staff reduced by 26% between 2010 and 2017,” added Brown.

“Although funding was implemented to recruit 2,500 officers by December 2018, which was successful, the retention of prison officers remains a problem. We are still in a position where we need more prison officers to deal with the volume of inmates we currently hold and more focus on training to support prison officers in developing their skills in the role - experience most definitely having a further impact on this.

“Having a current 10% reduction in the workforce, although due to the justified reason of self-isolation, is clearly going to have an impact on how close to the normal prison regime a prison will be able to run. “There will also be questions raised from the perspective of the public, particularly by those who have been directly impacted by those individuals who may be released.”