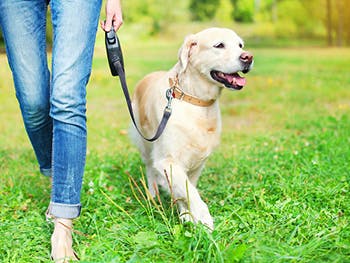 Birmingham loves dogs. The city has been the home of Crufts since 1991, showcasing the best examples of man’s best friends.

Now, your little buddy might not be in the running for Best in Show, but that doesn’t mean that they aren’t catered for when it comes time for “walkies”. Birmingham and the surrounding area are full of big open parks and quiet little walkways that are ideal to give you something more pleasant to look at than the back end of the 79 bus when you take them out.

So here is our guide to the best dog parks in Birmingham, and how close they are to our City Centre Campus.

Though this is more of a walking route than a park, the Harbourne walkway is still well worth the visit. It turn outs there used to be a railway between Harbourne and New Street station, but it was eventually abandoned. Now however, part of the former track has been turned into a walkway, spanning from Harbourne to Summerfield Park, near the Barclaycard Arena. If you’re looking for an inner city route that doesn’t involve canals (for once), this is the one for you.

Opened in 1873, Cannon Hill Park is situated across the road from Edgbaston Cricket Ground and encompasses 80 acres of parkland. Cannon Hill Park isn’t just fun for your dog though – the park also contains the mac arts theatre and the Birmingham Wildlife Conservation Centre.

Down the road from Cannon Hill Park, Kings Heath Park is situated in 35 acres of land. It is known for its flower beds, and was once the home of the BBC show Gardener’s World. Maybe not one for those with dogs who think roses are chew toys!

We’re stretching the definition of “Birmingham” a little bit here, but for those who commute into Birmingham from the outskirts, Handsworth Park is worth a visit. Set in 63 acres of land, once a year the park plays host to the largest Vaisakhi festival in Europe.

We’re not so much stretching the definition of “Birmingham” here, but smashing it to pieces. But it is worth it for Sandwell Valley, arguably one of the best parks in the West Midlands. Covering 670 acres, Sandwell Valley contains two farms, and features stunning views around the central Swan Pool. Anyone who grew up in the area during the 90s may remember the wild rumour that there was a crocodile living in the lake (as reported in this wonderfully quirky Midlands Today report from 1999), but don’t worry – there is no massive reptile ready to swallow your dog whole.

Another out of the way place for those who don’t live in the city centre, Sutton Park is set in a mind boggling 2,400 acres, making it one of the largest urban parks in Europe. It has several restaurants, sailing and fishing spaces, and if you really want to push the cute factor through the roof on your dog walk, there is also a donkey sanctuary!

There are a lot of parks you can go to in Birmingham should your little buddy need a walk on a week day night. But what if you want to treat them to something special on the weekends? Then check out the Lickey Hills. It is a little shy of 10 miles away from City Centre Campus, but worth the journey – the park is comprised of 524 picturesque acres. Not only will it give your dog’s legs a good stretch, it is also a must visit location for fans of the Lord of the Rings. After moving to Rednal in 1904, a young J.R.R. Tolkien loved the Lickey Hills so much, they served as his inspiration for the Shire!

Taking your dog for a walk this weekend? Take a picture and let us know!