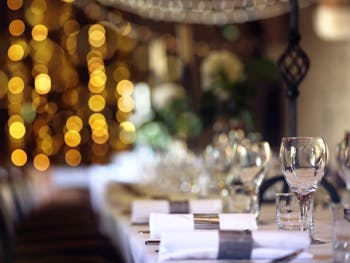 Professor Chris Edger, examines the impact the COVID-19 pandemic is having on the hospitality industry.

Unprecedented, troublesome times. A pandemic that has casually and ruthlessly killed thousands, has triggered a global shut-down that will have incalculable human and economic consequences. Hospitality has been hit hardest. Why? Its primary function is facilitating sociability; the perfect environment for this deadly virus to spread and kill.

At the beginning, when reports (eventually) began emerging from China a deadly virus was rampaging in Wuhan, the World Health Organisation and global response was – in hindsight – incredibly naïve and negligent. As it reached UK shores in February, intensifying in early March, the reaction of our political leaders was ponderous. By mid-March, however – as infection spread and the shocking images from hospitals in Italy were relayed – Boris “advised” people not to go into pubs and restaurants. Finally, on 20 March the government announced their closure, alongside a “furloughed” wage support scheme and a package of other measures. Out of three million jobs in hospitality in the UK, half a million are estimated to have been definitely lost to this crisis; with a further half a million at real threat.

In these apocalyptic circumstances business leaders have been forced to act quickly in order to save their businesses. But it is my observation that not all leaders acted to the unfolding events in March in exactly the same way. For sure, the crisis that has occurred was largely unforeseen, unplanned for and overwhelming in its speed and intensity; but different leaders have reacted in different ways. Why and how?

In academia the crisis curve envisages catastrophic threats sparking immediate feelings of immobilisation, followed by denial, anger, bargaining and (finally) acceptance. Unanticipated disruption or paradigm shifts can paralyse leaders, with some (eventually) transitioning through the curve faster than others. As a result – to my mind – four archetypal leadership categories have emerged.

Deniers: A number of business leaders were unable to move out of the denial and anger stage during this crisis – advocating politicians stuck to a “herd immunity” strategy and/or forced isolation of over-70s – in order to keep businesses open at all costs. Some vented their frustration – when the inevitability of closure occurred – by refusing to pay suppliers and/or telling their staff (because of the government’s actions) they would have to wait until the end of April to get paid anything. Unused to being out of control of events and resentful about being told what to do, some Deniers (including “household name” tycoons) have acted immaturely, spitefully and dangerously. Witness one “tycoon” in a sister sector who tried to claim that his (sports shop) employees were “key workers” in a brazen attempt to keep his businesses open.

Opportunists: Any crisis (and particularly one this great) always affords opportunists with an open goal to “bury bad news” during the ensuing chaos. Over the past month a few hospitality and retail owners have been jettisoning “bust” assets and making people redundant, using coronavirus as a convenient excuse. The real reason these businesses had run out of cash was because they had been poorly conceived, had unsustainable business models and underperforming leadership. The personal and human cost of these decisions – hidden beneath the radar – is immense.

Pragmatists: Fortunately our sector is populated with many pragmatic leaders who – when the crisis broke – moved straight to the acceptance stage of the curve. It was quite clear to them the first thing they needed to do to save their businesses was address their liquidity issues immediately. To that end, the pragmatic leader modelled his/her business requirements and secured lines of credit and cash (through putting up assets, increasing facilities or rights issues) to get them through the “mothball” stage of lock-down, while factoring in (where available) rental deferments/holidays and rates relief.

Inspirers: In addition there have been numerous examples of inspiring leadership during this crisis. Inspirers moved through the crisis curve’s denial and anger stages to acceptance very swiftly. Why? Because from the get go they recognised this crisis was bigger than them and the mere survival of their business entity. It was an existential threat to the whole of society. To that end they have shown inspiring leadership qualities and immense “stakeholder sensitivity” throughout this whole crisis by:

What are the long-term implications of these different leadership approaches during this crisis for businesses in our sector? Difficult to say. Why? First, there is a long way to go yet. The banks (that we bailed out last time) and high-street landlords could heartlessly pull the trigger on whole swathes of this highly leveraged industry if they choose to do so. Also the lock-down might not be lifted for many weeks. Even when the “lights go back on”, a phased approach might be ordered by the government involving capacity restrictions and enforced social distancing. Also, pronounced channel shifts might occur – as a result of this crisis – leading to a higher demand for takeout, delivery and in-home entertainment; diluting traffic and killing off unviable business formats (such as full service casual dining). Certainly the over-60 demographic and London tourist market will take some time to come back on-stream. Taken together, this all means the fight for survival among companies will go on long after this pandemic has been properly solved (most likely through vaccination) and leaders will continue to face further challenges ahead.

But the reality is this. Those businesses that are perceived to have been led by Deniers and Opportunists during the tough times will be punished by their stakeholders when better times return. Reputations are hard earned but easily lost; some of the behaviours displayed by a small minority of our business leaders in the early phase of this crisis will not be forgotten by employees, customers, suppliers and communities when it is over. But the ethical Pragmatists who have done as much as they can to save their businesses and the Inspirers who have displayed enormous “stakeholder sensitivity” during this apocalyptic crisis will be remembered, lauded and rewarded. They did the right thing. And when we meet again, people will never forget that.