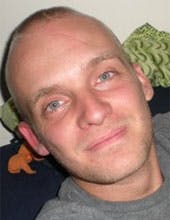 Craig, who is originally from South Africa, is currently studying part-time at Birmingham City University for an MA in Human Resource Management. He came to the University after studying for his undergraduate degree at the University of Derby. For Craig, the flexibility afforded him by the offer of part-time study influenced his decision to choose Birmingham City University. He wanted to improve his career prospects while continuing to work in his current role as a HR Assistant. The part-time basis of his course not only allowed him to do this but also to secure corporate sponsorship from his employer.

Craig is not the only employee at his workplace to have undertaken this course. It was in fact through recommendation from a colleague that he learned of the University and the benefits of the course, including the chance to focus on his continuing professional development.

Craig has been impressed by the “open door policy” offered by all the staff he has come into contact with, which has enabled him to get advice on particular subjects and feedback on his assignments. He says: “This contact has proven very valuable in my future performance on the course.”

The positive aspects of the course have not stopped there. Craig has been pleased with the close links between the business world and Birmingham City Business School. He says: “The teaching staff are very well connected with key contacts in certain industries (eg the CIPD), offering valuable insight for students.”

Craig has been taken by the very social and welcoming feel he has received from both staff and students, especially as he is a first-time student at Birmingham City University. The investment that is being made in estates has shown Craig that the University is committed to further improving the campus experiences of staff and students.

When talking about what it’s like to study in Birmingham, Craig admits he is a little biased, having lived here now for five years. In comparison to other cities, though, he says that Birmingham is ”a great place to study, relax, be active, socialise, shop... the opportunities in the city offer something for everyone, whatever their preferences.”