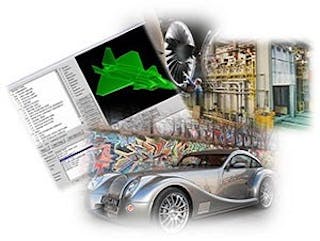 This research seeks to address the significant drawbacks associated with current ways of modelling logic, as identified through a review of current SE methodologies. In this context, logic is defined as an interaction between different components of the main system model in MBSE. Current problems associated with SE include: growing system complexity, a lack of understanding, communication problems and a lack of dynamism in interaction models. Thus, interaction models in MBSE currently utilise hard-coded rules, pre-defined relationships, constraints or strict mathematical expressions which are not dynamic in nature. This leads to the fact that identified SE problems are growing even bigger through time.

The aim of this research is to identify and develop methods and tools for creating dynamic mathematical ways of modelling logic in form of systems interaction in MBSE for design automation purposes in KBE.

This research includes a detailed literature review on SE, MBSE and KBE methodologies, identifying tools and techniques which can be utilised to develop new ways of modelling logic. It will then entail the development, validation and verification of the desired framework, thereby contributing a new technique to design automation.

Currently this research is at the stage of identifying tools and techniques for developing methods of modelling logic. Literature research has also become more focused and key topics of interest have been identified.

Developing a new way of modelling logic in MBSE and improving existing approaches will help to tackle all kinds of SE problems and push forward the state of the systems engineering field. This involves helping systems engineers to avoid inconsistencies in development process, and reducing the time required to develop complex solutions with numerous interacting components.

These principles could potentially be utilised by design automation in the KBE field, as KBE techniques have applications in systems engineering field, and specifically MBSE. The implementation of developed logic modelling methods to KBE will provide improvements for KBE methodologies.

Poster at RESCON’16 at Birmingham City University in December 2015.