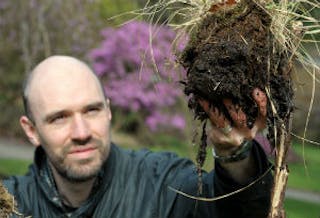 Mark Reed, Professor in Interdisciplinary Environmental Research, in collaboration with the Universities of Aberdeen, Leeds, Durham, Sheffield and Sussex.

Sustainable Uplands was a £1 million Research Council funded project, helping people to anticipate and adapt to future change across UK uplands between 2005 and 2011.

UK uplands include places such as the Peak District, the Scottish Highlands and the Yorkshire Dales. As well as forming a major part of our landscape, these places are also extremely important to society: 70 per cent of the UK's drinking water comes from uplands, and the peat soils hold a large amount of carbon that would contribute to climate change.

However, according to the International Union for Conservation of Nature (IUCN) UK Peatland Programme's Commission of Inquiry on Peatlands, around 80 per cent of UK peatlands are degraded. Investing in conserving and restoring them is therefore a key tool to help deliver the UK's climate change obligations, whilst helping meet other national and international obligations on biodiversity and water quality.

The project used case study research in the Pennines, South West England and southern Scotland to explore the effects of policies designed to encourage more intensive use of uplands for food production, versus policies designed to use these environments less intensively to protect wildlife and absorb the greenhouse gas carbon dioxide from the atmosphere.

Each scenario was summarised in a short video.

The project identified how businesses could pay for environmental projects that could deliver a range of complementary benefits from the same location (eg climate, water, biodiversity and recreational benefits from peatland restoration), whilst avoiding trade-offs between these benefits (eg sequestering carbon via exotic conifer plantations at the expense of native biodiversity).

The research clearly demonstrated that over appropriate time frames (eg 30 to 100 year contracts) good practice peatland restoration can deliver significant climate change mitigation benefits. The research demonstrated that typical costs of restoration are around £60,000 for a 100 hectare site. With typical Greenhouse Gas emission reduction benefits of around 4 tonnes CO2 equivalent per hectare per year, this would save around 12,000 tonnes CO2 equivalent over a 30 year contract (equivalent to a year’s emissions of over 7000 average family cars). If Government and independent forecasts of carbon prices reaching £30 per tonne between 2020-2030 are correct, then this would represent a 400% return on investment (it would break even at £7.50 per tonne).

At the same time, this work would deliver improvements in water quality (primarily reductions in brown colouration caused by Dissolved Organic Carbon), biodiversity (in particular blanket bog specialists) and recreational access (primarily due to restoration of deep gullies).

Finding ways to protect and pay for nature's services at a time when Governments around the world are operating under tighter economic constraints is vital, and there is growing interest in 'Payment for Ecosystem Service' schemes internationally.

The UK Government asked the University to research the development of a UK Peatland Code that could facilitate private investment in peatland restoration, providing guidance and quality standards for potential investors, and for the land-owners and managers who are paid to restore peatlands.

The Code gives corporations the opportunity to sponsor UK-based projects linked to their brands as part of their Corporate Social Responsibility portfolio, with the potential to turn these investments into future assets if it becomes financially viable to trade the carbon on the international voluntary carbon market. The Code also provides an opportunity for land-owners and managers to generate financial rewards from restoration and sustainable land management. 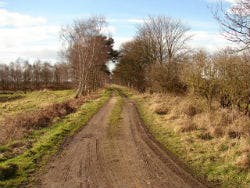 The Government's 2011 Natural Environment White Paper emphasised the creation of new markets to pay for nature's services. It announced the formation of Defra's Ecosystem Markets Taskforce, which was tasked by the Prime Minister to identify business opportunities in light of the National Ecosystem Assessment.

The Taskforce in a report on 'Opportunities for UK business that value and/or protect nature's services', ranked the UK Peatland Code as their joint top opportunity out of 44 submitted opportunities by the Taskforce. Then in October 2012, Professor Mark Reed was invited to join the Roster of Experts for the second phase of the Taskforce's work, which recommended the development of a robust code for peatland restoration in its final report in March 2013, which reported directly to the Prime Minister and three Secretaries of State.

This committed Defra to a number of specific actions, including the launch of a pilot Peatland Code based on University-led research, and publication of metrics to underpin the research developed in collaboration with the University. In July 2013, the Committee on Climate Change (an independent, statutory body established under the Climate Change Act 2008) highlighted the development of a Peatland Code as a "key priority", drawing on evidence from Defra's PES Action Plan, which was based on the research.

Defra funded Birmingham City University to carry out the necessary underpinning research and develop the Peatland Code in collaboration with Defra and each of the devolved administrations. The Code was launched by the Environment Minister, Richard Benyon, at an International Union for the Conservation of Nature (IUCN) conference in September 2013.

The Code has the potential to become a template for similar initiatives internationally, and in June 2013, Professor Reed was invited to present their progress on developing the Code, to a conference organised by the German Federal Agency for Nature Conservation (BfN) in co-operation with the European Network of Heads of Nature Conservation Agencies (ENCA).

The project has produced a large volume of world-class research outputs, including over 50 peer-reviewed articles in ISI-listed international journals.

More information is available on Sustainable Uplands and the Peatland Code.