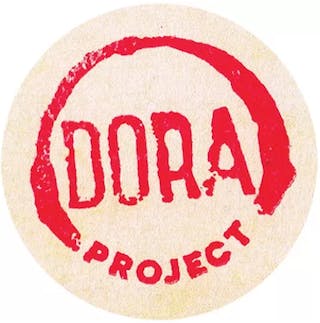 This historical arts project, by the Centre for Fine Arts Research (CFAR), funded by Arts Council England, is currently being undertaken by artist researchers Françoise Dupré and Rebecca Snow.

Named after Nazi Concentration Camp ‘Mittelbau-Dora’, this collaborative research project explored the history of World War II and early rocket engineering through contemporary art. It also acts as a commemoration of the liberation of the Nazi camps, and of the lives taken in the V2 attack in 1944 which killed over 2,500 people in London.

This was a project close to the researcher’s hearts, as Françoise Dupré’s uncle was a political prisoner and survivor of the Mittelbau-Dora camp, and Rebecca Snow’s great-grandfather was an industrial chemist who uncovered German industrial evidence. The technology that was used for the V2 rockets has been used in America, Europe and Russia for the development of space and military programmes.

The key aims of this project were:

This research was conducted by creating a postcard project with a mixed-media installation (called ‘Mapping'), and by running a school project and public events (called ‘Field Report’).

The installation had two sections: ‘Timeline’ and ‘Moon Atlas’. This visually combined the memories of Londoners and a historical timeline of the events that occurred during the V2 London attacks, and how it lead to technological advances in space flight.

The school project, ‘Field Report’ was held from September – December 2015 at a Jewish secondary school in London. The researchers worked with a group of Year 9 students to debate and engage with the role of scientists in war and ethics. Workshops were held for the students which allowed them to look at archives and the family histories of people who had survived the Dora camp and WWII. As part of the project, the students created a piece of collaborative artwork, with the process recorded as a short film.

The project was concluded in May 2016, with a follow-up currently being developed. Dupré and Snow hosted an exhibition at Peckham Platform to coincide with the 70th anniversary of the liberation of the World War II extermination camps. The exhibition, as well as the project itself, received great positive feedback. Dupré spoke about the Dora project at various international conferences throughout 2016, discussing its resonance and impact.