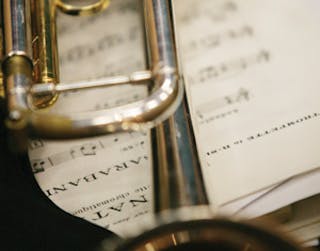 Through their award-winning compositions and performances, notably for the Cultural Olympiad, composers at Birmingham Conservatoire have played a key role in changing understanding of the experiences that new music affords, and their influence has impacted compositional practice and curricula in Higher Education Institutions (HEIs).

Birmingham Conservatoire has established a leading reputation in the UK and Europe for the composition and dissemination of new music outside of concert hall conventions, including site-specific work, concept pieces, contesting genre boundaries and re-framing the relationship between composition, performer and audience.

Joe Cutler, Michael Wolters, Howard Skempton, Ed Bennett and Simon Hall of the Birmingham Conservatoire have established an open, critical, and conceptual school of composition, emphasizing performance context and humour, and changing conventional hierarchies between music and audience. Skempton is a central figure in English experimentalism; Cutler and Bennett draw on Dutch post-minimalism and Irish experimentalism, Wolters uses post-dramatic theatre (having studied with Heiner Goebbels) and Hall is experienced in experimental music technology.

All have played a key role in bridging the gap between new music and mainstream culture. Their work has been used for the Cultural Olympiad, the BBC, CNN and has received widespread press coverage. Howard Skempton's Five Rings Triples brought in New Years Day on Radio 3 in 2012 and 2013.

Our composers are increasingly called upon to advise organisations looking to reach beyond concert practice. Their influence on curricula of other HEIs has similarly expanded through an Erasmus programme with nine other European bodies.

Through their award-winning compositions and performances, notably for the Cultural Olympiad, composers at Birmingham Conservatoire have played a key role in changing understanding of the experiences that new music affords.

“The interdisciplinary interests of the composers have achieved a marked impact for us in reaching new audiences, including families, visual arts, dance and experimental theatre communities”