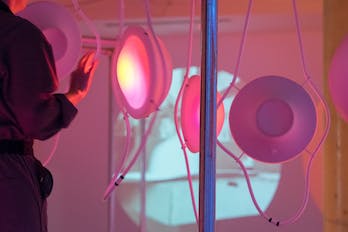 The culture of any society embodies its ideas, customs and social behaviour, often evinced through the Arts and other intellectual manifestations. One aspect that is frequently overlooked is that of dress.

Clothing reflects the customs and concerns of society, and often reveals its underlying motivation. Nowhere is this more apparent than in the world of fashion, which almost unknowingly expresses the zeitgeist of its time.

The fashions of the recent decades demonstrate this: the power dressing of the 1980s, for example, or the Eastern emphasis seen at the turn of the century. Similar examples can be seen throughout history, and the perspective of history allows us to discern more clearly the power of dress to shape lives and influence society. Politically, clothing has been used to control certain groups; socially, clothing has provided status to individuals; and psychologically, dress both defines us and contributes to our sense of self.

This significance has been effectively exploited by the Arts, particularly the visual arts, where costume is often used to convey particular themes, as for example, the costume adopted in royal portraits. In literature too, dress can provide insights into character and personality; and in the theatre, costume creates a persona for the audience and the actor who inhabits it.

Dress then, in all its manifestations, whether clothing, jewellery or other accessories, is a fundamental aspect of culture, and one that culture references. This multi-disciplinary, international conference will explore the nature of dress as it relates, responds to and influences culture. Through presentations, panel discussions and performance, the conference will consider the many aspects of costume and dress, exploring their inter-connections and reflecting on their significance. It will include an exhibition of costume and other artefacts that articulate the conference themes.