CAC Fellowship offers an exciting opportunity for an emerging artist at the commencement of, or at a critical point, in their professional career, to further develop his or her practice particularly in relation to Chinese art and culture. It is designed particularly for Chinese national students and graduates based either in China or in the UK.

For up to six months, the selected artist takes up residency in Birmingham, UK, becoming an active member of the CCVA and its research community, concluding with an exhibition within the MA Fine Art show and as part of the CCVA's Annual Conference programme.

Shen Xin (b.1990, Chengdu, China) graduated from the Slade School of Fine Art MFA Media in 2014 and is selected for 2014 Bloomberg New Contemporaries. Shen's practice explores the social position of the artist. She has taken interests in subjects such as the othering of ethnic minorities in relation to aesthetics and economies, the functional performance of cinematic spaces concerning empathy and the potential productivity of the didactic dimensions in new technologies.

Shen is drawn to paradoxes that are organic, that have the potential of forming organic connections, which essentially for her means to open up spaces for seemingly determined judgments, diagnosis, logics, ethics and morality, systems and structures. Shen’s practice is foregrounded by video/film work. It also encompasses virtual realities and figures, public proposal, communication interfaces such as emoji (ideograms), self-publication, online database, tourist attraction and organised events.

From April 2015, Shen is planning a series of work investing in her specific interests of animation, the metaphysics of the digital and the position of "public" intellectuals, and to open up discussions around the vulnerability, productivity, and affirmation of thoughts and aesthetics. She is also part of an online, digital project for the Venice Biennale 2015.

CAC@the Chinese Pavilion, la Biennale di Venezia 2015 is the new media art partner institution of the Chinese Pavilion, for which CAC has organised a series of parallel online projects under the theme of 'Folklore of the Cyberworld'. It extends the Chinese Pavilion's theme of "Other Future" into cyberspace, revealing the vigour and brio of the younger generation of Chinese artists in their critical engagement with the pervasive media of society and the creative use of new technologies. 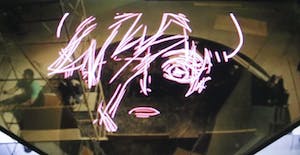 For this Shen has created 'Rhythms of Work - Means Something to You' (2015), in which the interior of the Chinese Pavilion is teleported to CAC's Shanghai space as a defective holographic avatar performs a dramaturgy juxtaposing the real and unreal, unfurling a ghostly story of work, labor, body, wealth, class, and death. Her project is live online from 8 May to 7 June 2015.

Instigated by the model of a symposium, ‘Shoulders of Giants’, a project initiated by Shen Xin, used motion capture software and animation to transform the event’s invited speakers into a projected performance of fantasy-like animated creatures derived from (also known as 4th Century BC) as they spoke, discussed and conducted a Q&A panel.

Dynamic talks and conversations unfolded into their theoretical and artistic practices as a “practice of action”, referencing the dispositions of the speakers’ practices and how they are appropriated in various modes to communicate change and to form a type of “solidarity”. Shen is interested in the social position of the artist through the use of cutting-edge moving image.

With an audience of over forty attendees filling Senate Room, the project passionately discussed global and poignant themes of capitalism and it's relationship to the world and individual, the implications of power relations, art and language, communication platforms including social media, human capital and human rights, the art of politics and politics of art, and the role of critique and relationship to human consciousness.

Browse photos from the event: 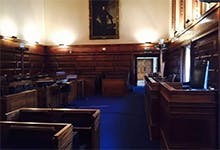 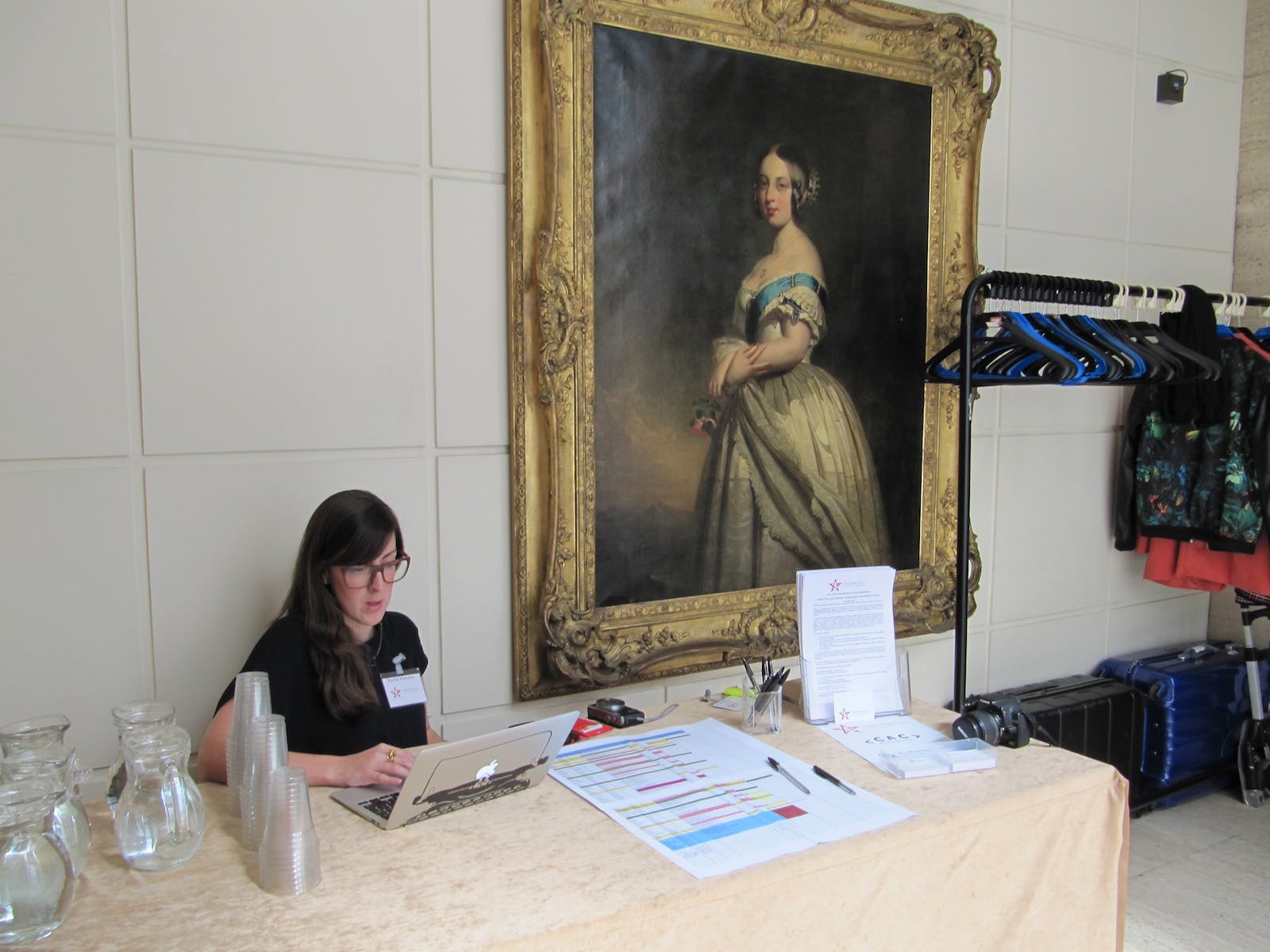 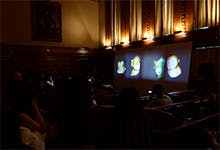 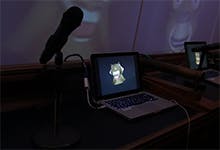 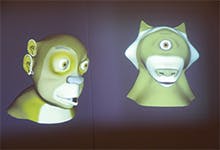 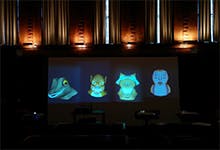 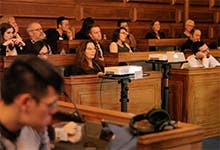 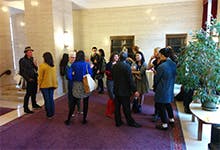 Established in 2013, Chronus Art Center (CAC) is China's first non-profit art organization dedicated to the presentation, research/creation and scholarship of media art. CAC with its exhibitions, residency-oriented fellowships, lectures and workshop programs and through its archiving and publishing initiatives, creates a multifaceted and vibrant platform for the discourse, production and dissemination of media art in a global context. CAC is positioned to advance artistic innovation and cultural awareness by critically engaging with media technologies that are transforming and reshaping contemporary experiences.