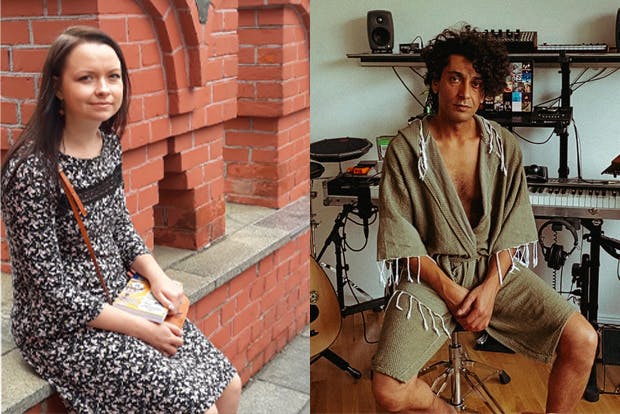 Akvilė Stuart (speaker): Towards a Rediscovery of Alexei Stanchinsky

Towards a Rediscovery of Alexei Stanchinsky
Alexei Stanchinsky (1888-1914) was a Russian pianist-composer whose life was tragically cut short at the tender age of 26. During the ten years he actively composed, he wrote over thirty works for solo piano, a dozen of songs and a piano trio. His unique musical voice was in many ways ahead of its time, his lived experiences scandalous, and his works divisive amongst the musical circles of early 20th century Moscow. In this seminar, I will discuss the findings of my work in rediscovering Stanchinsky’s story and musical legacy, and explore some of the reasons behind his subsequent neglect.

Cultural Asymmetries
In January 2021 Khyam Allami, in collaboration with creative studio Counterpoint, launched his M4C-funded projects Apotome and Leimma as a major focus of Berlin's virtual CTM Festival 2021. The browser-based applications focus on creative exploration, composition and education using microtonal tuning systems and their subsets. In this presentation Allami will discuss the ideas behind and stemming from this project, sharing results of the activities undertaken during the festival including: 24/7 audio-visual autonomous generative stream, open to public user-controlled takeovers, curated artist takeovers and a live composition/performance.

Akvilė Stuart is a doctoral researcher at the Royal Birmingham Conservatoire. Her PhD work, focusing on the life and works of Alexei Stanchinsky, is generously funded by the Arts and Humanities Research Council. Akvilė has a BMus (Hons) in Piano Performance and MA in Musicology. Akvilė’s research interests lie in the music and history of Russia and post-Soviet countries, as well as music criticism and reception studies. She is a PhD Tutor for The Brilliant Club charity, and a PGR representative for the M4C Doctoral Training Partnership.

Khyam Allami is an Iraqi-British multi-instrumentalist musician, composer, researcher and founder of Nawa Recordings. Primarily a performer of the Oud, his artistic research focuses on the development of contemporary and experimental repertoire based on the fundamentals of Arabic music, with a focus on tuning and microtonality. He holds a BA and Masters in Ethnomusicology from SOAS, University of London and is currently completing an M4C/AHRC-funded PhD in composition at RBC.