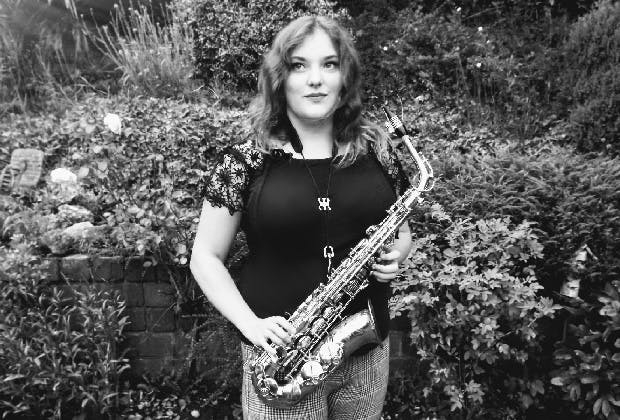 In 2016, Alicia was offered a scholarship to study Saxophone at Royal Birmingham Conservatoire, and has been studying under the tutelage of Naomi Sullivan, and performed as part of the Conservatoire's Saxophone Octet at the World Saxophone Congress 2018 in Zagreb, Croatia.

Alongside her studies, Alicia has participated in Royal Birmingham Conservatoire Folk Ensemble, and has performed at festivals such as Shambala, Towersey and Greenman, at Birmingham Grand Central and Curzon Street Station and has recorded a CD for the ensemble's 20th anniversary.

Recently, Alicia has been studying at ArtEZ Conservatorium, in Zwolle, Netherlands, with Johan van der Linden as part of the Erasmus exchange programme, forming trios and quartets and being involved with the prestigious ArtEZ/HKU Saxophone Orchestra.

Yuechen Zhao is a Chinese cellist who started playing aged five - she's currently in her third year of study at Royal Birmingham Conservatoire.