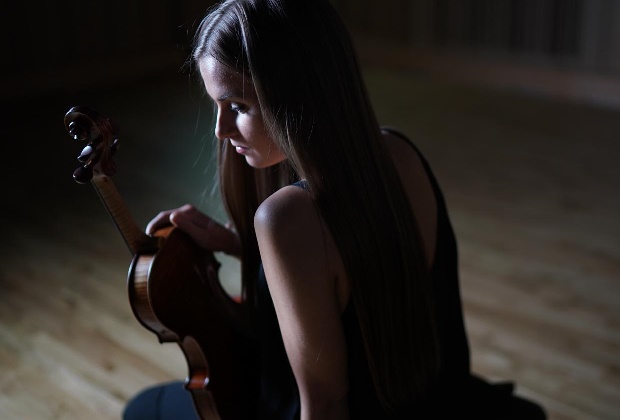 Grace grew up in Norfolk, where she was heavily involved in the Norfolk Music Service’s ensembles, touring Germany, Belgium and Serbia with the Norfolk County Youth Orchestra. Growing up, Grace played in the Britten Sinfonia Academy which allowed her to broaden her orchestral repertoire and perform in a wider range of concert halls around the east of England. Grace is now in her fourth year of undergraduate study at Royal Birmingham Conservatoire and is taught by Judith Hall (flute) and Andrew Lane (piccolo). The highlights of her time at the Conservatoire so far are playing as part of the Symphony Orchestra for Stravinsky’s The Rite of Spring and Bartok’s The Miraculous Mandarin, both of these giving her the opportunity to perform in The Symphony Hall, Birmingham. She has also played as part of the CBSO youth orchestra, giving her the experience of playing under a wide range of conductors such as Mirga Gražinytė-Tyla and Michael Seal.

Brahms Sonata for Violin and Piano No.1 in G major, Op.78

Olga Eckert is a Polish-born violinist. She studied at Wladyslaw Zelenski Secondary State School in Cracow where she was a member of Cracow Youth Chamber Orchestra, touring concerts in both Israel and the USA. Olga received a scholarship and studies at Royal Birmingham Conservatoire with Nathaniel Vallois and Oliver Wille.

She has since been concertmaster of the Conservatoire Symphony Orchestra, with most of her time dedicated to chamber music. Now in 2019, Olga is a member of Chysalis Piano Trio, and has won the Ambache Prize for the performance of music by women composers; most recently receiving a Young Graduate Scheme with Kidderminster Festival Orchestra.