Can be found over on our Eventbrite page. 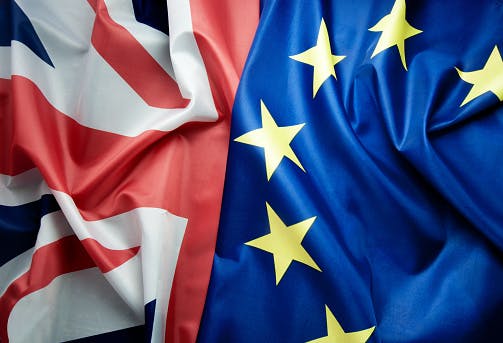 The Centre for Brexit Studies (CBS) at Birmingham City University hosts its second Annual Conference on March 16th and 17th 2018, some 12 months after Theresa May enacted Article 50, committing the UK to leave the EU on March 29th 2019. The conference will take place at the I-Centrum Building in Birmingham Science Park on Holt Street (for directions please click here), and will feature keynote speakers including Vernon Bogdanor of Gresham College, Patrick Minford of Cardiff University, MPs Anna Soubry and Bernard Jenkin, Alex de Ruyter of CBS, James Roscoe, Director of Communications for the Department of Exiting the European Union and Anastassia Beliakova, Head of Trade Policy for the British Chambers of Commerce.

Brexit has continued to dominate the contemporary political landscape in the UK and has been of prime importance to the EU as negotiations seek to establish what the future economic relationship of the UK to the EU will be, now that agreement on the preliminary issues of the rights of EU citizens in the UK, the “divorce bill” and the commitment to avoid a hard border in Northern Ireland appears to have been reached.

Moreover, the process of Brexit now appears to be unfolding in a far less favourable environment to a UK that at an official Government level, still wishes to detach itself from the EU Single Market and Customs Union. The USA under President Trump has become far more unequivocal in terms of abandoning multilateral international frameworks and is assertively putting “America First”, abandoning the Trans-Pacific Partnership, threatening to end the NAFTA and advocating a radical overhaul of the WTO and its system of arbitration.  Commonwealth countries, in whom hope has been expressed that the UK could seek to build supplementary economic ties to that of the EU, have been vociferous in expressing their demands for any post-Brexit trade deal with the UK. Finally, the process of Brexit itself is continuing to expose fractures in the political settlement of the UK itself, with devolved regimes in Scotland, Wales and London looking on with interest in the proposed settlement for Northern Ireland and related issues of national identity.

Our speakers will bring together a diverse range of views from across the realms of academia, politics and business, encompassing both the “Leave” and “Remain” perspectives. For a complete draft programme, please see the link at:

To register your place at the Conference, please visit our Eventbrite page. Conference fees are £100, or £150 including Evening Reception on Friday 16th March (food and drinks included).

For any further queries regarding the conference, please contact the Director of the Centre, Professor Alex de Ruyter at Alex.deRuyter@bcu.ac.uk