Drag on TV – is it losing its sparkle? 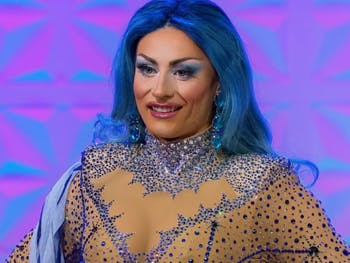 Professor of Gender and Sexuality at Birmingham City University, John Mercer, discusses the Drag Race format and whether we’re getting a bit tired of it.

The finale of the third season of 'Drag Race UK' was streamed on BBC iPlayer last night. It would be rude to announce this year’s surprise winner, though that’s a big clue, before the show has aired on BBC One on Monday so I won’t do that.

Fans need not mourn the end of the series too much as auditions and casting for season four of 'Drag Race UK' is rumoured to already be under way and in any case in the meantime season two of 'Drag Race Canada' is already well under way too.

'Drag Race Italia' has just premiered, as has the drag make-up competition 'Painted with Raven' - Raven is RuPaul’s make-up artist. Plus the imminent 'Queen of the Universe', marketed with the strapline ‘High heels, high octaves, high competition — this drag queen singing competition will blow your wig off’, will keep drag hungry fans busy.

Franchises and spin offs are familiar enough marketing strategies and part of the contemporary media ecology where a strong and visible brand identity is a route to commercial success. Few 21st century media personalities have understood and embraced this landscape with quite the entrepreneurial spirit of RuPaul Charles.

The eponymous star of thirteen series of the US pillar programming 'RuPaul's Drag Race' presides over a multimedia operation that includes music, licensing deals with cosmetics firms, publishing and guest presenting, drag tours, TV drama and multiple iterations of the Drag Race format around the globe.

The heart of this global phenomenon however remains the Drag Race format which is by now strictly established and has scarcely changed since season one a lifetime ago - 2009 now seems like a distant memory. This has led in recent years to an increasing criticism from the many, and vocal, fans of the show that the format has become tired, in part because of the mechanical adherence to its strictures; the mini and maxi challenges, the Rusical challenges which are increasingly an endurance test for audiences, the Snatch Game, the roast, the confessional discussion of personal crises amongst the queens, the therapeutic intervention of RuPaul, all seem very predictable.

Fans took to Twitter this year to express their dissatisfaction with season thirteen and Michael Chakraverty in The Guardian goes so far as to suggest that the UK franchise’s time may well be up already. 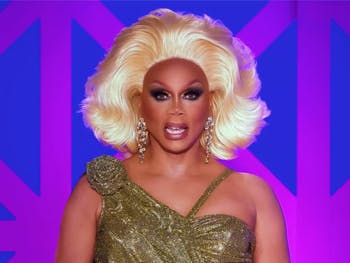 I’m not so sure that Drag Race has lost its sparkle though, as long as you can look past the Anglophone versions of the show and perhaps the overbearing and increasingly deadening influence of RuPaul herself.

The Spanish version of the format, 'Drag Race Espana' for instance, hosted by the wonderful Supremme de Luxe offers up a distinctively Iberian queer drag culture that is politicised and vibrant and can’t so easily be contained by the constraints of the Drag Race format that it frequently seems to be satirising as much as celebrating.

In what often feel like quite dark and uncertain times the most ‘tired’ and formulaic episodes of any of the versions of Drag Race and its spin offs with their retina searing colour schemes, hysterical laughter and excesses of glamour will always give me life.

John Mercer is Professor of Gender and Sexuality at Birmingham City University’s School of Media. His research interests include film and television genres, celebrity and stardom, the pornography debate and the sexualisation of contemporary media culture.