The Freedom of Religion and Equality in Sudan

The Centre for Human Rights Consultancy works closely with the Sudanese Human Rights Initiative for the promotion of access to justice, legal representation, the right to a fair trial, women’s and children’s rights and the prohibition against torture in Sudan. 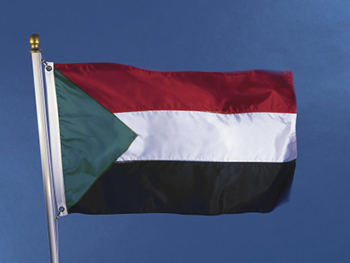 SHRI was founded by Mr Elshareef Ali Mohammed, an alumnus of BCU and he won the BCU Alumni of the Year in 2015 for his work on human rights in Sudan.

For a Foreign and Commonwealth Office, Human Rights and Democracy Program funded project (2014-2015), entitled, “Promoting Freedom of Religion in Sudan,” we provided training in Khartoum for members of Sudan’s judiciary, prosecution and defence lawyers, and members of the media, on human rights and criminal justice issues.

In a key project case in December 2015, SHRI worked with the African Centre for Justice and Peace Studies (ACJPS), to represent a group of 27 people charged with apostasy under article 126 of the Sudanese Penal Code (1991), and they faced the prospect of the death penalty. SHRI and ACJPS successfully argued the case and the charges were dropped by the Ministry of Justice in Sudan. See the ACJPS and SHRI Press Release.

We worked with SHRI on the submission of the stakeholder reports for Sudan in the UPR. During the presession of the 25th Session of the UPR in Geneva, March 2016 we worked with UPRinfo, the International Federation for Human Rights, and ACJPS, in forming a cross-regional statement bringing to the attention of the presession of the governmental prevention of some civil society organisations from attending. The actions of the Sudanese government were noted by the Secretary General, Ban Ki-moon, in his report, Cooperation with the United Nations, its representatives and mechanisms in the field of human rights, Human Rights Council, 33rd Session, 14 August 2016.