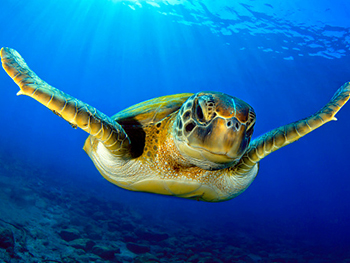 The issue of environmental protection in the USA has never been more important or controversial than now.  There is a long history of ebbing and flowing relations between the US Executive and the Environmental Protection Agency, originally created in the 1970s under the Nixon Administration.  It received considerable support under the Carter regime but was then systematically starved of funding under the Reagan and Bush regimes.

The appointment of Scott Pruitt to the post of chief administrator of the EPA by President Donald Trump may mark the lowest point in the Agency’s history.

Unfortunately the appointment of a climate change sceptic to the most important environmental protection agency in the world – and indeed the general success of climate change scepticism in the halls of power in the US - obscures the history of the USA as a leading nation in the efforts to protect the environment.  The USA was instrumental in the creation of four of the most important instruments in international environmental law, the Vienna Convention on the Protection of the Ozone Layer 1985, the Basle Convention on Transboundary Pollution 1989, the UN Framework Convention on Climate Change 1992 and the Convention on Biological Diversity 1992 (though the Reagan administration subsequently refused to ratify the UNFCCC and to sign the CBD).

In the last twenty years or so there have been a number of watershed environmental cases in the US Supreme Court which represent the culmination of attempts by interested parties to protect the environment through the law, in the face of inaction by the executive and/or the legislature or in an attempt to counteract governmental pressure on the EPA, or regulatory timidity by the EPA itself.  However, there have also been cases where the courts have refused to intervene (especially in the context of climate change litigation). These cases are an object lesson in the effect of politics on the decision making of the Supreme Court.  The history of this stream of litigation is admirably captured by the website of the Sabin Center for Climate Change Law at Columbia University created by Professor Michael Gerrard.

In Massachusetts v. EPA, 549 U.S. 497(2007), the Supreme Court ruled that the EPA was authorised to set limits for air pollution, despite the EPA’s contention to the contrary – and misread the Clean Air Act 1970 when it denied a rulemaking petition seeking controls on greenhouse gas emissions from new motor vehicles -a signal victory for the environmentally-conscious States which brought the case, and a step change in the regulation of air pollution in the US.

By contrast, in AEP v. Connecticut, 564 U.S. 410 (2011), the claimants failed to persuade the Supreme Court that several major powers companies had committed a public nuisance.  Rather, the court held that any federal common law right was displaced by powers given to regulators under the Clean Air Act – in effect federal statute outweighed common law.

More recently still, a raft of climate change cases have been brought against power and oil companies, at state and federal level, based on the rights of children as the representatives of future generations (see e.g. Our Children’s Trust v. Oregon).

Barack Obama was elected on a promise to revitalise environmental protection in the United States – but was largely unable to do so owing to the intransigence of Congress under the influence of the likes of Sen. James M. Inhofe (Rep. Okla), one-time leader of the Senate Environment Committee (recently replaced under Trump by another climate change sceptic Sen. John Barasso (Rep. Wyo).  The role of the courts in providing an alternative means of redress will be even more important – particularly now that Antonin Scalia has been replaced by Neil Gorsuch.  CALS will continue to monitor and comment on developments in the coming years.