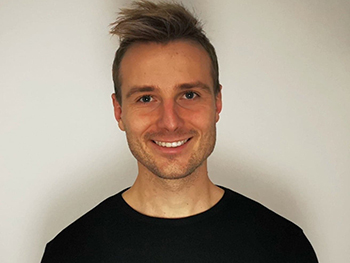 A new development scheme aiming to support more young British Asian cricketers into the professional game has been launched.

The project has been devised by a Birmingham City University student with the aim of addressing a disparity in the number of South Asian players entering county cricket, and the overrepresentation of those from affluent backgrounds.

The South Asian Cricket Association (SACA) will offer bursaries, coaching and education opportunities and is an outcome of postgraduate research by student Tom Brown.

“SACA has been designed to implement evidence-based interventions aimed at addressing the decline in British South Asian representation in professional cricket,” explains Tom, who hails from Olton in Solihull and studies at Birmingham City University’s School of Health Sciences.

Although the programme will work predominantly with British South Asian cricketers, the ultimate goal is to challenge the current status quo and develop a new approach to talent identification and development, which is transferable to people of all ethnic and socio-economic backgrounds.

Tom’s research found that people from wealthier backgrounds were much more likely to make it into professional cricket than those from less affluent upbringings. Results also highlighted that a lack of access to wealth created barriers to participation and development in cricket, contributing to an ethnicity bias in the sport on a national scale.

The research found that 56 per cent of Under 16 – Under 19 cricketers, and 45 per cent of professional players, were White-British and attended independent schools. British South Asian players were shown to be much less likely to make it into professional cricket, despite the sport being very popular among these communities.

30 per cent of recreational cricketers in England and Wales are classified as 'British Asian' – falling to around five per cent when it comes to men's professional cricket.

Find out more about postgraduate study at Birmingham City University at the institution’s virtual Open Day on Wednesday 2 December.