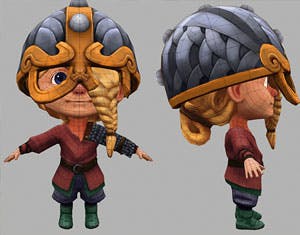 What is Gamer Camp Studios?

Gamer Camp is a finishing school for game developers (coders, artists and producers) based at Birmingham City University. In short, you will:

The course was founded by Guy Wilday and Oliver Williams in 2009, with the first masters course (Gamer Camp: Pro) running between 2011-12. Guy was Studio Manager on the Colin McRae Rally games at Codemasters, and Head of Studio at SEGA Racing Studio (SEGA Rally). Oliver is now Director at NTI Birmingham.

Guy's experience of recruiting graduates to work in the games industry and Oliver's experience of designing employment-focused, learning programmes led to the creation of Gamer Camp; which aimed to fill the skills gap between many graduates' skills and experience and the level that game development studios demand.

This was backed up by the findings of NESTA's 2011 Livingstone-Hope Report - which even highlighted Gamer Camp as a shining example for others to follow.

So, Gamer Camp was born to simulate a graduate's first year in the industry; ensuring potential new recruits are armed with not just the skills, but also the experience required to be dropped straight into a live AAA project.

Much like a graduate's first job in games, each course runs during full-time office hours (9am-5pm) in NTI Birmingham's studio complex, with applications subject to interview

A trial of Gamer Camp was run for the first time in 2009, with Gamer Camp: Nano running the first times in November 2010 and July 2011. The first Gamer Camp: Pro began in September 2011 with student numbers exceeding the target level.

Games produced for iPhone/iPod Touch during Gamer Camp can be downloaded for free using the links below:

In 2012, Gamer Camp: Pro was joined by another MA/MSc course, Gamer Camp: Biz, designed specifically with industry to cater for those looking to work within the business side of games development. Typical applicants are often looking to start their own indie games studio or project manage within the AAA games industry.

Students can apply for each course online here.

Payment is made upon acceptance onto a Gamer Camp course, all of which are subject to an interview.

You may also be able to apply for one of a number of course fee waivers.

NTI Birmingham is a digital training centre, part of Birmingham City University, and hosts each Gamer Camp at its city centre facilities.