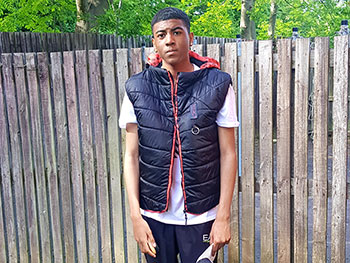 A Birmingham fashion student is producing protective street wear with aspirations of reducing the number of people falling victim to knife crime.

Shelana Morton created the ‘Pierce Resistant’ gilet as part of her end-of-year project at Birmingham City University’s School of Fashion and Textiles, after losing loved ones to knife crime.

“The driving force behind my garment came from the pain and suffocation I have felt over the years from having to say goodbye to family members and friends due to knife crime,” said 32 year-old Shelana, who hails from Birmingham.

Shelana’s unisex gilet features a layer of ‘kevlar’, a protective fabric which forms part of uniforms worn by army, military and police officers which helps to prevent slash and puncture wounds.

“Designing a garment that can appeal to everyone was very important to me, as being a victim of knife crime can unfortunately happen to anybody, anywhere and at any time,” added Shelana.

As part of the design process, Shelana conducted focus groups with youngsters across the West Midlands. 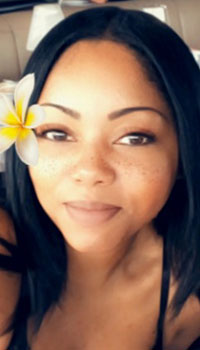 “An 11 year-old told me that my gilet garment could save his life,” said Shelana.

“What world do we live in when a child as young as 11 is saying that?”

690 children aged under 17 were attacked or threatened with a knife in the West Midlands in 2018. 13 of the victims were just 10 years old.

“I want to be able to let go of the constant fear and anxiety I have for my loved ones, wondering if they are safe”, Shelana said.

The hood of the fashion student’s sleeveless jacket includes phrases ‘Protect yourself with language not violence’, ‘Value your life’ and ‘Do you want to live with blood on your hands?’.

My garment gives me a sense of relief and reassurance and I want others to be able to feel safe and protected, knowing they can wear an item of clothing that can potentially protect them from harm. Honouring my loved ones' memories in the process is an exhilarating feeling. 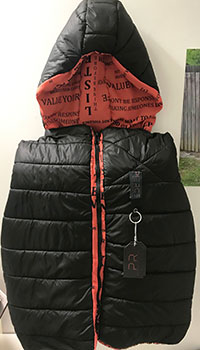