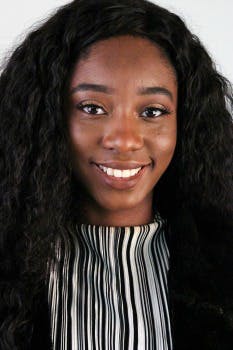 Conservatoire student, Mahaliah Edwards, recently wrote on her experience with the Conservatoire Folk Ensemble on her blog. Mahaliah talks about her time with the ensemble, how it helped her professionally and built up her confidence.

“So, in September I joined the Folk Ensemble. At the Conservatoire, it’s listed as an elective but it certainly doesn’t feel like an insignificant activity that I do every week. When I joined, I don’t think I really knew what I was letting myself in for. Earlier on in my violin life, I’d learnt a few folk fiddle tunes like “Fairy Dance” and “Drowsy Maggie” also known as “Sleepy Maggie” but I didn’t really know much folk music. I’d seen and heard about the folk ensemble that the band had done many gigs and played on large stages and last year they played at the Royal Albert Hall.”

“I thought I’d just go and see what’s what. That first rehearsal was completely different to any musical experience I’d ever had before. I immediately sensed that I had joined something truly special and unique. I also knew that I’d jumped in at the deep end, seeing as this year is the 20th anniversary year of the band and there were lots of gigs lined up with little time to learn the rep. The first session was high energy, crazy and fun. Learning a completely new different style of music with complex rhythms by ear was tricky. Slowly but surely, from week to week, rehearsal to rehearsal, I went from feeling a bit awkward and self-conscious about my playing wrong notes to just letting loose and simply enjoying music.”

“Particularly for me, Folk Ensemble has been a huge part in relieving my performance anxiety. Throughout the last year or so, on and off, I’ve found it very difficult to enjoy playing the violin. Sometimes it’s been a real challenge to find enjoyment in what I’m doing. Folk Ensemble has truly made me remember how much I love music and the power that music possesses. Joe, our leader, encourages us to move, jump, dance and shout when we’re playing instead of standing there awkwardly and it really helps! We had our first gig of the year back in March for Birmingham’s St. Paddy’s Day parade and before the gig I wasn’t sure how I was feeling about playing to a huge number of people.”

“However, when it got to it I had no inhibitions whatsoever – all the negative feelings of inadequacy that I normal experience with performing had gone. Being in the folk ensemble has really helped with building my confidence as a musician. It is changing the way I think about performing into a positive experience. I’m looking forward to the fact that I now have opportunity to play and share our music with large audiences. I also love the fact that with the folk ensemble, I’m reaching different audiences than I would do with classical violin.”

“From a musicianship standpoint, my ear has improved tremendously. At first, I was a little bit slow in learning the tunes and retaining them was hard. Many people in the band have been in the band for years and know these tunes inside out so there’s an extra incentive to learn the tunes well. However, just last week I caught a new tune on a first time hearing! It’s a good feeling to know that I’m improving in more ways than one. A few of the sets we play have really fast violin tunes and they can be really quite virtuosic. Playing folk music is truly facilitating and complementing my violin playing in general. Joining the group and learning more about different music styles gives me a greater scope of what the violin is capable of. Also, folk music is a different sound world to classical music and it’s great as it helps me to explore a wider range of colours and timbres with my classical repertoire.”

“If you’re interested in experiencing Joe Broughton’s Conservatoire Folk Ensemble and folk music fused with different genres, I suggest coming to one of our tour gigs with our first one on Friday 12th May at the Town Hall in Birmingham. Along with it being the 20th anniversary year, we have our latest studio album ‘Painted’ being released on 11th June.”