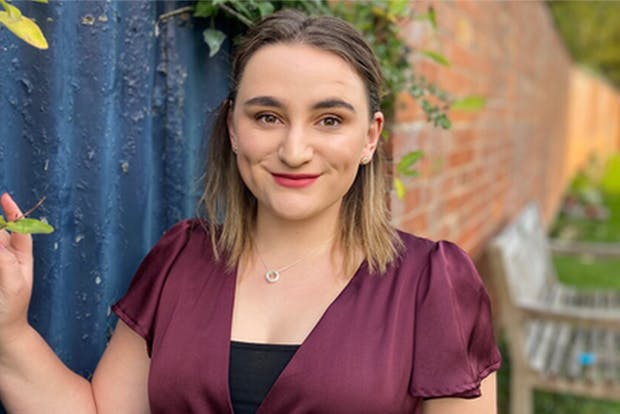 Henry is currently studying for an Advanced Postgraduate Diploma in repetiteurship at Royal Birmingham Conservatoire. He particularly enjoys collaborating with singers and accompanies frequently for vocal classes. Recent RBC performances have included accompanying for the John Ireland and English Song prizes, as well as the summer production of Opera Scenes, which inspired him to apply for the repetiteur course.

After completing his undergraduate music degree at the University of Birmingham, Henry studied with Daniel Browell and David Quigley for a Master’s in piano performance at the Conservatoire. Now in his sixth year of study in Birmingham, Henry very much feels like the city has become a second home and is delighted to be performing at Symphony Hall.

Rose is currently studying with Amanda Roocroft for an Advanced Postgraduate Diploma in vocal performance at Royal Birmingham Conservatoire. Her main passion being opera, Rose also has a keen interest in performing song, especially German Lieder. Recent roles at RBC include Miss Spink in Turnage’s Coraline and Ariadne from Strauss’s Ariadne auf Naxos.

Alongside performing, Rose is an educator and outreach practitioner passionate about bringing music education to as many young people as possible. Projects she is involved in include CORE education trust’s vocal group and Coventry Soundlab. No matter the role or song, Rose really enjoys finding depth of performance in whatever she does and is looking forward to bringing to life this programme today with Henry at Symphony Hall.