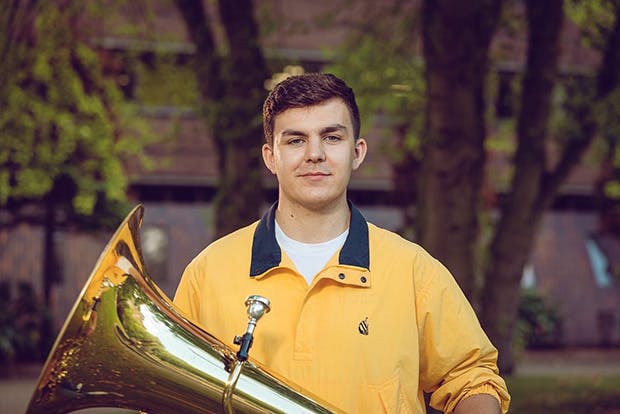 Archie McVicar is a 20-year-old tuba player currently in his 3rd year at Royal Birmingham Conservatoire. He has seen recent success as a soloist, winning the RBC Brass Solo Prize and the Unibrass National Championships solo prize in Sheffield, as well as being the brass finalist in the Birmingham Philharmonic Concerto Prize earlier this year. As an orchestral player, he has performed with the City of Birmingham Symphony Orchestra at Symphony Hall and at the Aldeburgh Festival in Snape Maltings. He is also an accomplished chamber music player, as a founding member of the Broken Bones Quartet and Second City Brass - both prizewinning ensembles.