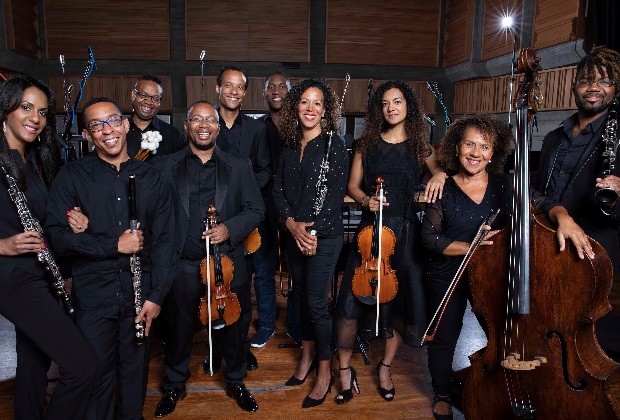 The Chineke! Chamber Ensemble will perform a programme of quintets by Coleridge-Taylor and Schubert, displaying the astonishing maturity and virtuosity of the young composers.

Premiered in 1893, Coleridge-Taylor's charismatic four-movement quintet was written at the age of eighteen. The influence of his favourite composer, Dvorak, as well as Schubert, is evident in the inventive, melodic lines and rich tone colour of this Post-Romantic piece, demonstrating a remarkable self-assurance for one so young.

This is complimented by Schubert's innovative Trout Quintet composed in 1819 when he was just 22 years' old. The fourth movement features variations on his earlier Lied, Die Forelle and is scored for piano, violin, viola, cello and double bass rather than the more usual piano and string quartet configuration.

The ensemble made its debut in 2017 in Manchester followed by concerts at Wigmore Hall, Cheltenham and Ryedale festivals in 2018. It has since performed at the Tonbridge Music Club, Wimbledon International Festival, Cambridge Music Festival, St George's Bristol, The Africa Center in New York, The Stables in Wavendon and Petworth Festival.