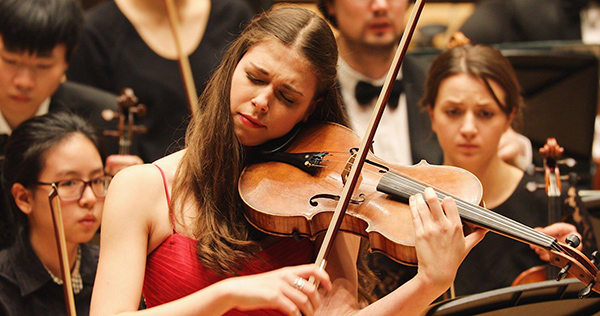 The British Viola Society has announced the live competitors for the Cecil Aronowitz International Viola Competition 2020, which will be held at Royal Birmingham Conservatoire from 14 - 20 November.

Open to young violists aged 21 or under from around the world, the competition received 93 applications this year, with the youngest applicants only 14 years old.

The competition will feature 40 live competitors, as well as viola events throughout the week, including workshops, masterclasses, recitals from the jury members and displays from expert luthiers.

Launched in 2014 by the British Viola Society and Royal Birmingham Conservatoire, and supported by Arts Council England, the competition is dedicated to Cecil Aronowitz, the South African violist and long-term collaborator with Benjamin Britten.

RBC Head of Strings Louise Lansdown said: “It is with great pleasure that we can confirm, even at this time of upheaval across the globe, that the Cecil Aronowitz Competition will still be taking place at Royal Birmingham Conservatoire”.

“We will be celebrating the viola, welcoming esteemed international soloists and guests, and most importantly the 40 young live competitors, along with online and live audiences from the UK and internationally. Highly attractive prizes are on offer, including a Champs Hill Records debut CD, a further recording with EM Records of the WH Reed Rhapsody for viola and orchestra with the BBC Concert Orchestra, cash prizes and much more.”

(Additional competition-round prizes to be won.)

Royal Birmingham Conservatoire and the Cecil Aronowitz International Viola Competition and Festival would like to thank the following organisations for their support.