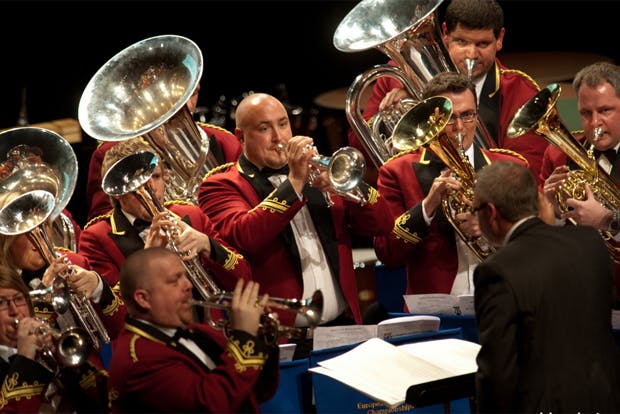 This summer concert includes three landmark pieces of the brass band repertoire. All three compositions have been used at the European Brass Band Championships.

Philip Sparke's Year of the Dragon is now considered a classic, both in the concert hall and contest field alike.

Extreme Makeover by Johan de Meij, is a virtuosic play on Tchaikovsky, pushing the players to the limits of stamina and technique and more than a little humour.

BBCNOW Composer-in-Residence, Gavin Higgins, has really made an impact on the brass band world over the last ten years. His latest major work, So Spoke Albion has been described as one of the most important additions to the band repertoire of recent times. Receiving a standing ovation at its première earlier this year at Symphony Hall, Birmingham, it is a thrilling work that has all the hallmarks of a true 'test piece' but also pushing the soundscape of the brass band in a new direction, described by a fellow leading composer as "it's like listening to Ravel for the first time!"

To top things off there is a chance to hear David Childs, widely regarded as the finest euphonium soloist of his generation.

It will be an evening of some of the finest works for brass band delivered by two fantastic ensembles that will join forces at the end of the concert to literally raise the roof.