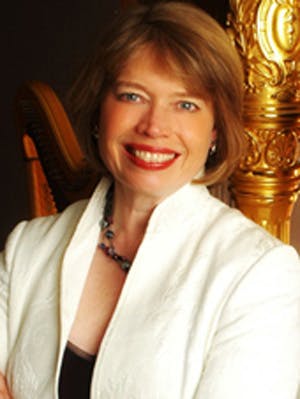 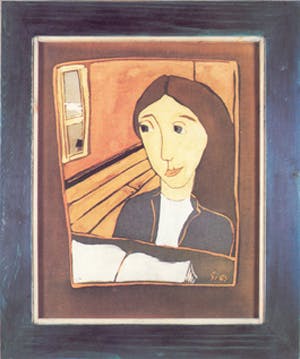 A moving musical interpretation of the life of Anne Frank will be the centrepiece of an evening of chamber and solo works being hosted by Birmingham Conservatoire later this month.

The concert, titled ‘The Magic of the Harp' will mark Holocaust Memorial Day (27 January) and will showcase Principal Harp Tutor, Catherine White (pictured), leading the British professional premiere of I Remember, the emotionally powerful setting of extracts from ‘The Diary of Anne Frank', by American Composer Michael Cohen.

Scored for mezzo-soprano, flute, cello and harp, I Remember is one of two major works featured in the concert, which also includes Debussy's intriguing late masterpiece Sonata for Flute, Viola and Harp. Harp solos by Fauré, Grandjany and Flothuis complete the engaging programme.

Commenting on the significance of I Remember, Catherine White said: "When I first began devising this programme highlighting the harp in solo and chamber music, I knew immediately that I wanted to include I Remember. This chamber work has a very powerful and moving effect, and deserves wider recognition.

"I heard it performed in America more than ten years ago, and still remember vividly the impact it had not only on myself, but the entire audience. Written in the mid-90's, it is in a very accessible style, which allows the words of the young diarist to speak directly to the listener. The work is divided into seven linked sections, each setting a different aspect, mood or message, which together form a substantial work."

Bringing together music, art and language, the performance will be accompanied by an exhibition of paintings by Anne Frank by British batik artist Greg Ticker, running at the Conservatoire from 22 January to 3 February.

The American librettist for I Remember, Enid Futterman, will also be in attendance to give a short talk on the work before its performance.