The Effects of Brexit on the UK Automotive Sector 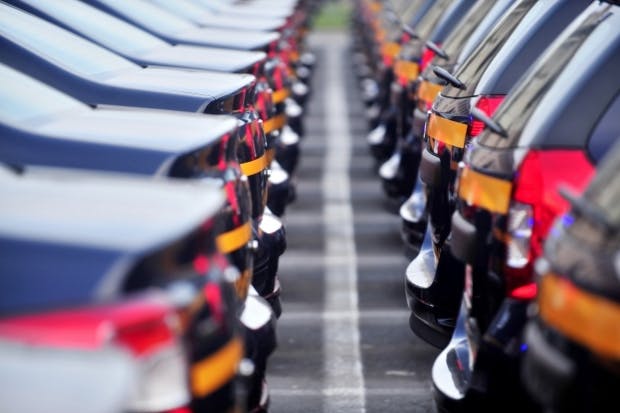 There are now less than 200 days to go until Brexit. After months of negotiating on the terms of the UK’s departure from the EU, we still appear to be no closer to a workable deal. Are we therefore preparing for a ‘worse case’ scenario Brexit which will present a significant threat to trading, especially in terms of the supply chain to manufacturing companies.

The Centre for Brexit Studies and OpenText have been conducting research with automotive manufacturers and suppliers in the West Midlands about how changes in trading and the Customs Union might affect their current supply chain. A one-day symposium will be held in Birmingham to discuss their findings, with presentations from academics and industry experts.

15.40  Closing remarks and next steps

This is a free to attend event however tickets must be registered for in advance.

Alex de Ruyter is the director of the Centre for Brexit Studies. He brings a wealth of research experience and academic engagement in the area of regional economic development and labour market issues.

He has published over 50 academic outputs in leading national and international economic journals and has been the recipient of research funding, including being an investigator in the ESRC funded study on the effects on subsequent employment experience of workers from MG Rover (with David Bailey) after plant closure in 2005.

David Bailey is Professor of Industrial Strategy at the Aston Business School. He has written extensively on industrial and regional policy, especially in relation to manufacturing and the auto industry.

His recent research has been funded by a number of state and private organisations. He is now participating in the H2020 RISE project MAKERS, was an Area Coordinator (on industrial policy) for the major FP7 project ‘Welfare, Wealth and Work for Europe’ (WWWforEurope).

David Leighton began his career at Associated British Ports as a commercial manager in 2005. He went on to work as government affairs manager from 2008-2013 before being named to his current position. Prior to ABP, he earned a bachelor’s degree at the University of Durham in economics and politics, spent four years as a trader for Mitsubishi Corporation and three years as a development executive.

Malcolm Harbour CBE is a Senior Adviser to the EU policy consultants Teneo cabinet DN, and to the European Policy Centre, where he leads the Single Market Round Table. He serves on the Governing Council of the University of Birmingham.

A Chartered Mechanical Engineer, he was elected Conservative MEP for the UK West Midlands in 1999 and re-elected in 2004 and 2009. From 2009 to 2014 he served as Chairman of the European Parliament’s Internal Market and Consumer Protection Committee. He was a key player in shaping policies and legislation for the single market, manufacturing industry, the digital economy, research and consumer protection. He was “rapporteur” on motor vehicle type approval legislation, engaging in many other directives impacting on the automotive industry, covering technology, sales, service and parts.

After graduating from Trinity College, Cambridge, he started his motor industry career in 1967 as a student engineer in the BMC plant in Birmingham. He subsequently held Director level roles in Rover Group, covering product and business planning, marketing, home and export sales. In 1989 he set up a car marketing strategy consultancy, and in 1994 jointly founded the International Car Distribution Programme. He conceived and launched the pioneering 3DayCar research programme, which ran from 1999 to 2001, forensically examining the total automotive supply chain from raw material to customer.

Thomas (Tom) Leeson is Industry Strategist for the Manufacturing sector at OpenText.  He is an Engineer by trade, a Mathematician by education. He has nearly 40 years of experience working in the manufacturing sector. First within Aerospace, Automotive and Discrete Manufacturing companies introducing computational techniques before moving into the Engineering and Manufacturing IT sector. The last 22 years Tom has fulfilled various senior roles with manufacturing software specialists Dassault Systemes, SmarTeam PLM, Computervision, PTC and the Artificial Intelligence Company Aion.

Tom is passionate about engineering and manufacturing and began his career with a traditional engineering apprenticeship as a Precision Engineer servicing the Oil and Gas, Mining, and Automotive industries in Scotland before moving on to design analysis careers with British Aerospace (BAe) and Jaguar Cars. With BAe he studied a Master’s Degree in Computation Mathematics relating to Computer Aided Engineering.

Beverley Nielsen is Associate Professor and Director at IDEA Institute, the Institute for Design & Economic Acceleration at Birmingham City University, where she has worked for the past 10 years as Visiting Tutor, MA Design Management, Director Employer Engagement and Director Corporate Affairs. Beverley has launched a number of initiatives whilst at the university including , with a focus on promoting the Midlands' manufacturing excellence along with our design and brand-led businesses.

Prior to this Beverley was Director of FTSE-250 business, AGA Rangemaster plc, and MD of subsidiary business, Fired Earth. She was Director of CBI West Midlands, having spent 10 years working for the CBI as a European policy advisor and Assistant Director, CBI North West.